This represents a significant increase of 10 percentage points from four years ago when only 42 per cent reported seeing digital outdoor advertising.

These are the latest findings from Roy Morgan’s Single Source Survey which is based on in-depth personal interviews conducted face-to-face with over 50,000 Australians per annum in their own homes. 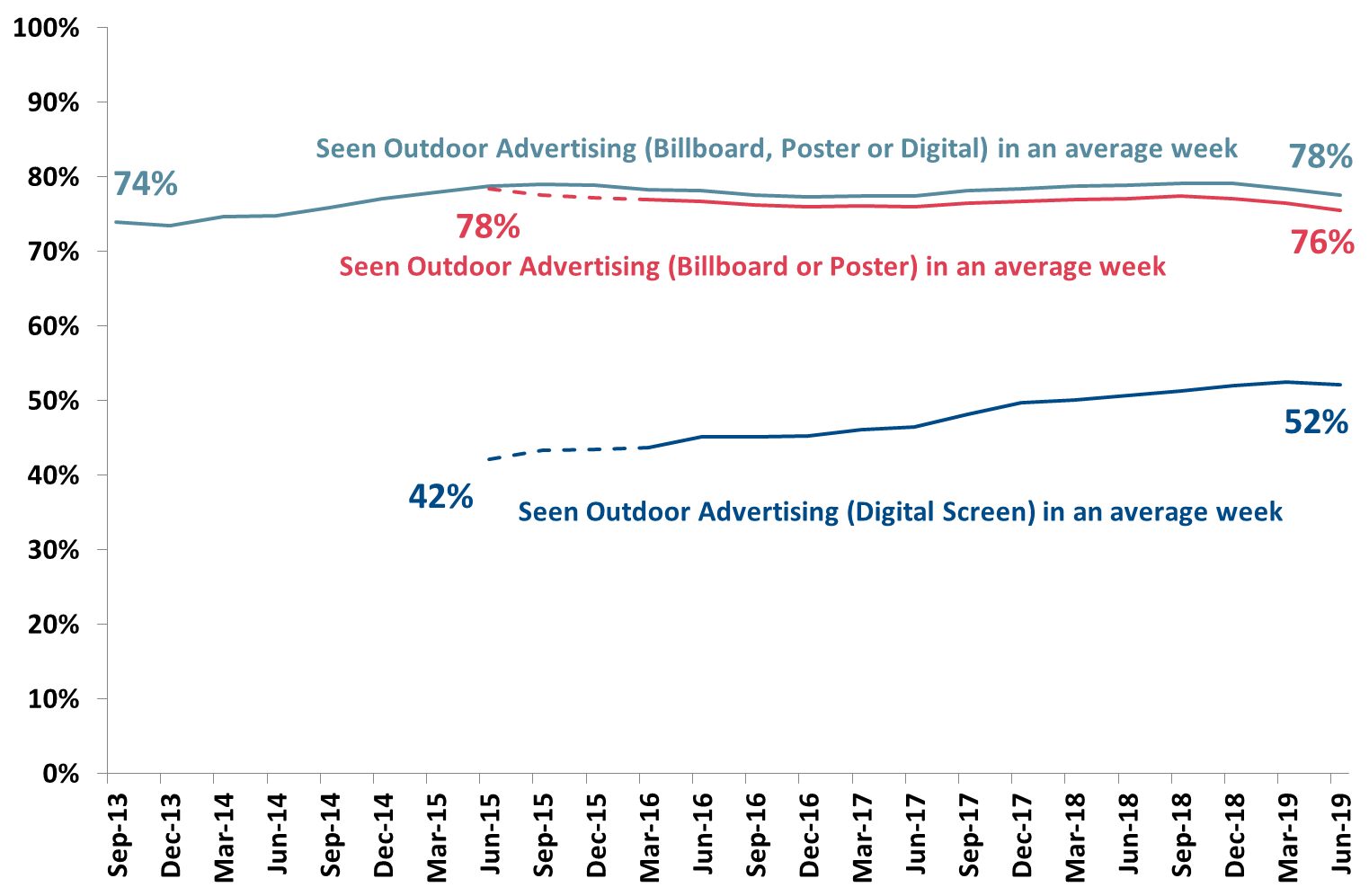 Taking a look at different types of outdoor advertising including at airports, train stations, on the sides of buses/trams/trains, at petrol/service stations, shopping centres, in gyms/health clubs, sports stadiums and news-stands shows that younger generations are more likely to see many of these types of advertising than average (and older) Australians.

Over half of Australians (53 per cent) see advertising at shopping centres in an average week however this is exceeded by those in both Gen Z (55 per cent) and Millennials (57 per cent).

The situation is reversed when it comes to public transport.

Younger Australians in Gen Z (32 per cent) are far more likely to see outdoor advertising at train stations in an average week than either Millennials or the average Australian (both 21 per cent).

This trend holds true for seeing advertising on the sides of buses/trams/trains seen by 32 per cent of those in Gen Z in an average week compared to 27 per cent of Millennials and 24 per cent of Australians in general.

In addition to these popular types of widespread advertising those in Gen Z are more likely than either Millennials or the average Australian to see outdoor advertising at airports, gyms/health clubs, sport stadiums and even as news-stands. 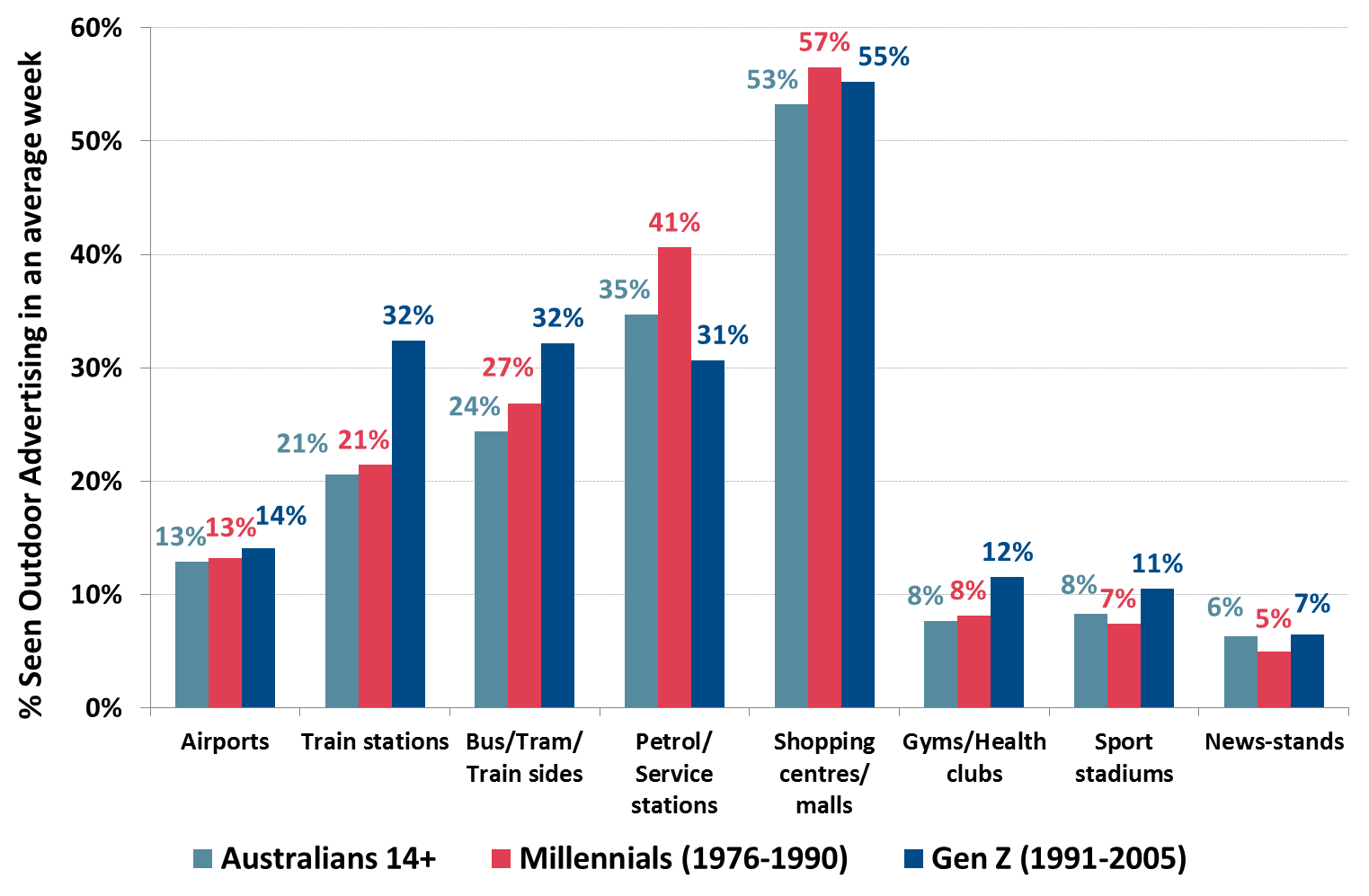 “Victoria and Queensland are the two States leading the way – digital outdoor advertising is seen by 54 per cent in an average week in these States. While 59 per cent of those living in Australia’s capital cities see this form of advertising at least weekly – well ahead of the 40 per cent in country areas.

“Delving more deeply into the data is revealing. Generation Z (born 1991-2005) and ranging from teenagers to those in their late 20s, are the most likely of any generation to see outdoor advertising on the sides of buses/trams/trains, at train stations, gyms/health clubs and at sports stadia.

“These results show that the ability to reach the desired audience with sophisticated digital outdoor advertising campaigns can be very dependent upon exactly where the digital advertising is deployed.

“Roy Morgan’s extensive consumer and demographic data on how Australians consume and interact with all forms of media including outdoor advertising, TV, radio, magazines, print newspapers, catalogues, direct mail, social media, the Internet and others is derived from detailed in-depth interviews with over 50,000 Australians each year in their homes,” Levine said.