Advertise with us
Posted 1 December, 2015 The tongue in cheek campaign, ‘Pirates of the High Fees’, puts the spotlight on the big four
Aussie banks (Commonwealth Bank, Westpac, NAB & ANZ) and the high fees they charge for
international money transfers (ranging anywhere from $18 – $32).

The campaign features four pirate characters – who represent Australia’s four biggest banks
– and will appear in a campaign including national digital and major train station, street and
in-office signage in Sydney. The message is clear; these characters, are selfishly ‘plundering’
Aussie’s hard earned ‘booty’ when they are simply looking to transfer money overseas for
various purposes. 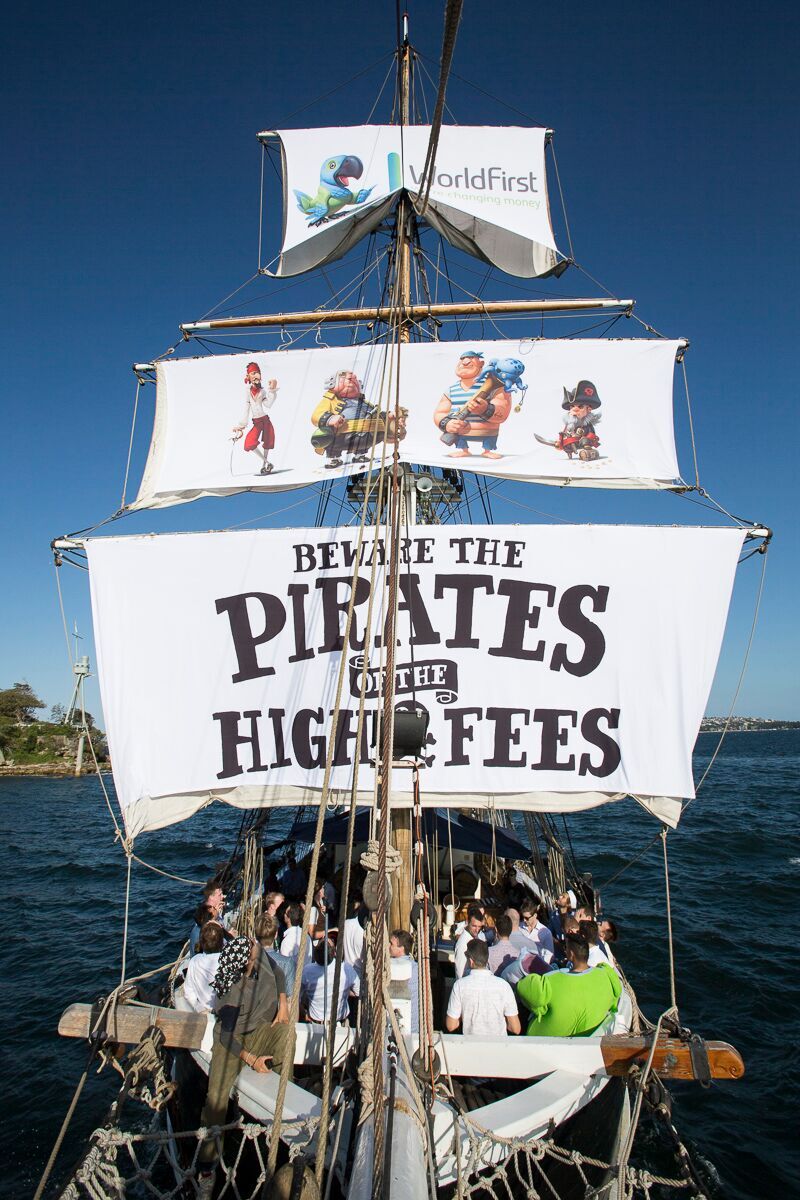 The campaign seeks to educate Australians about a better way to make international
currency transfers, making clear that with World First, they can get better exchange rates
and a higher level of service than with their bank.

Andrew Porter, managing director of World First Australia, said: “People shouldn’t have to put up with the high transfer fees and uncompetitive exchange rates typically offered by banks for international money transfers. And now, they don’t have to.

“Depending on the currency pair and volume, World First can offer rates of up to 4 cents better than the Big 4 Banks. Better rates together with lower fees means our customers get to keep more of their hard-earned money, and that’s how it should be.

“We often find that clients simply want to find a provider who will take their transfer seriously and treat it with the respect it deserves. At World First, we understand that every transfer matters, whether you’re working abroad and need to send money home to loved ones, receiving an inheritance or making overseas mortgage repayments.”