In this guest post, Geronimo CEO Matt Hunt (pictured below), explains how ‘The Apple Effect’ will complete the ecosystem for NFC marketing. 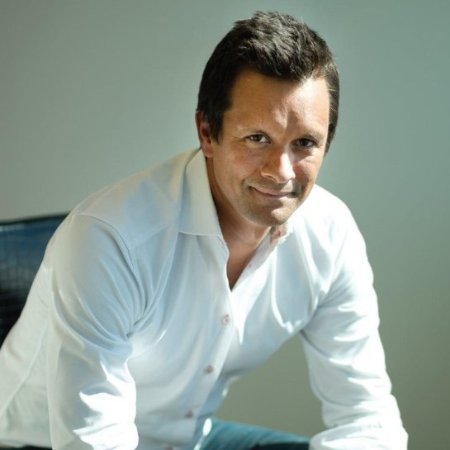 ‘The Apple Effect’: up to 90 per cent of smartphones could be interacting with the physical world through NFC.

The same smartphone technology that allows you to use Apple Pay is now going to be unleashed for marketing and information interactions by Apple. That technology is NFC, which stands for near field communication. It works by bringing your phone close to objects that have NFC tags in or on them, delivering specific content to your mobile and driving more meaningful interactions. It’s the same technology used in Android Pay, Samsung Pay or your bank’s tap and pay cards/apps. We call it tapping.

The Apple Effect is the noticeable uptick in device and tech adoption whenever Apple launches a new iteration of existing technology – the Apple Watch in the wearables market, the iPad in the tablet market, large screens in smartphones. NFC is no different – it too will thrive from The Apple Effect.

In some countries like Australia, iPhone users make up around 45 per cent the smartphone market. So, for marketers, because NFC didn’t work on iPhone, it wasn’t really worth spending budget on NFC marketing.

The iPhone 7, 7 Plus and the new iPhone 8 will allow users to read NFC tags attached to or embedded in objects. We expect Core NFC to be also available for Apple Watch owners when the new version of its operating system is released. Apple Watch, OS4 is expected in September also. The Internet of Things (IoT) is about to get a whole lot bigger. For the past six years, brands and their agencies have been able to use NFC to reach around 30 per cent of the smartphone audience. From the middle of this month, this percentage will start climbing to around 90 per cent of smartphones in some countries. Globally, it is predicted that there will be 1.9 billion NFC devices in 2018.

The marketing and information use cases for NFC are wide and varied, but from our experience, fall into four main categories:

NFC will likely become part of the urban fabric deployed across signage, phone boxes, stadiums, bus stops, trains, buses, trams and parks. Enabling advertising street furniture with NFC is another big area, and the below video shows how with Xbox Halo on JCDecaux.

Brands including Google and Samsung have used NFC for customer feedback in retail and product information in retail. Other use cases include: catalogues, coupon redemption, recipes, food origin, offers and app downloads.

Since the chips are wafer thin, you can easily put them into things like shoes and clothing. Tapit once enabled beer/drink coolers so you could ‘tap for a joke’ at a comedy festival for Jameson whisky. 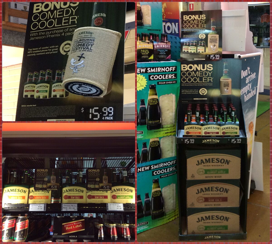 Imagine tapping a box of LEGO with your phone to instantly buy the LEGO mobile game.

There are lots of other use cases as well.

So, is The Apple Effect about dominant market share? Apple shipped 50 million iPhones in the first quarter of 2017, giving it 14 per cent global market share, with Samsung shipping 80.2 million units in the same period or 23 per cent. The rest of the smartphone market is dominated by Android-based phones from suppliers like Oppo, Huawei and Vivo. Android dominates the global smartphone market, with around 80.7 per cent devices shipped in the last quarter of 2016 versus 17.7 per cent for iOS smartphones. With global figures like this, you would think NFC tag reading would take off without Apple, but this isn’t the case

It’s reached a stage now where many people think that if Apple doesn’t have the technology, then there must be something wrong with it. This has probably come from the fact that when Apple does do something with new technology, often it is superior to anything else in the market from a quality and user experience perspective, as well as industrial design.

From September or October this year, we can expect iPhone 8 to start shipping in the same or bigger volumes as people replace their older devices.

From a customer experience point of view, this means that an additional 80 million people per quarter will be able to interact with physical objects using their phone.

For an iPhone user, they will either be able to tap via existing apps or download specific NFC reader apps.

The market has shifted – already it’s thinking on NFC. At TapIt, we have seen a spike in interest from large brands since Apple announced iOS 11. In turn, we expect most retail environments to have some element of interactivity in them over the next year or so – even if it’s something as simple as tap here to download the retailers’ app or to get a recipe or a coupon, or a prompt to tap items of interest and then buy them later via an app. For an example, take a look at this video from Hointer.

It’s not just about just changing retail patterns, it’s about using the full power of mobile to create a personalised, end-to-end customer experience for your brand. The whole idea of tag reading with NFC is to make things easier for people. Instead of having to browse or type in URLs, you can simply tap your phone on the object to connect that physical object to your phone, directly and deeply linking to information you need.

The Apple Effect will complete the ecosystem for NFC marketing, enabling a connected world where people will expect to tap their phone for a deep personalised interaction.