Advertise with us
Posted 3 October, 2019


A marketing company has had to shut down its website and social media channels following a massive backlash after it shamed a potential job applicant who’d posted images of herself in a swimsuit on Instagram.

Twenty-four-year-old Emily Clow from Austin Texas had applied for a part-time marketing role at a company called Kickass Masterminds.

But instead of interviewing Clow for the role, the female bosses at the marketing firm lifted the bikini image and used it on its own Twitter account advising candidates that the company was “looking for a professional marketer – not a bikini model”. 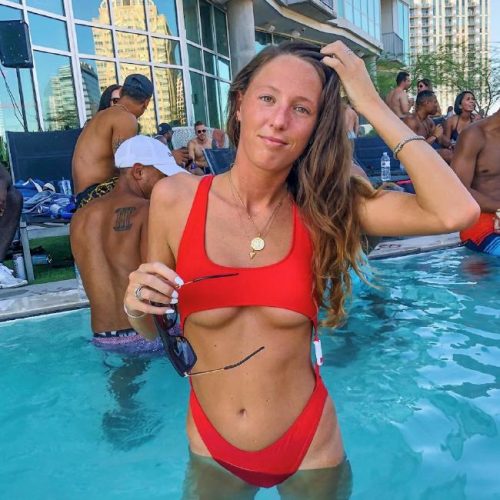 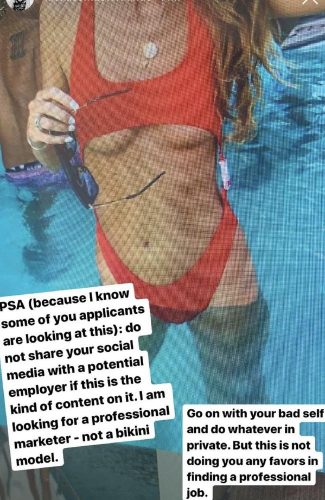 And what Kickass Masterminds reposted to its social media

When Clow saw the post on the company’s social media channels – mercifully without showing her face – she shared it on Twitter and, as these things do, it soon went viral, racking up 50,000 views in just a few hours.

Clow tweeted: “I was objectified earlier today by a company because of a picture of me in a bikini. They claimed it made me an ‘unprofessional’. They screenshot the photo, posted it on their Insta story and called me out. I am still baffled that the company handled it in such a manner.”

Ironically, Clow told local media who’ve since picked up her story that she was initially interested in Kickass Masterminds because “it was founded by women” and “seemed to support women in business”.

She added: “I know many women my age have gone through the job application process as I have. No one would have expected a potential employer to use their application as an example without their permission, let alone use a bikini picture from social media to deem someone as unprofessional.”

Thankfully, Clow found plenty of support on social media. Check out some of the comments to her story below:

“Believe it or not, women can be intelligent, ambitious, and also like their bodies. My six years of experience and master’s degree doesn’t evaporate because I went to a pool party in Vegas. I didn’t realise being ‘professional’ meant you had to be boring as fuck.”

“How dare you wear a bikini in a pool and be female ?!!! So unprofessional.”

“This is really messed up.”

“Wow, guess it’s a lot to ask to be able to wear swimwear AND be employed. What a world.”

“Absolutely baffled how anyone working in social media content could have thought that was a good idea?”

“I don’t even get this ridiculously stupid post by them and why they would care to this level. Last I knew, harmless socialising wasn’t unprofessional behaviour.”