A pay TV provider in the US has found itself in strife after it decided to ban an ad featuring a same-sex marriage.

The Hallmark Channel – that is owned by the greeting cards company and promotes itself as family-friendly – banned the ad following complaints from conservative Christian group One Million Moms.

The witty spot’s for wedding planning site Zola, however, Hallmark bosses agreed the spot was “too controversial” and subsequently junked it.

A spokesperson for One Million Moms griped: “We are fed up with having the gay agenda crammed down our throats! You are one of the few channels we thought we would not have to deal with this issue! Please remove this and any other gay, lesbian, bisexual, or anything else it is called from your channels.”

It’s online petition added: “Family entertainment is not the outlet in which to be politically correct by forcing tolerance and acceptance of homosexuality – a sinful lifestyle that Scripture clearly deems as wrong.”

Not that Zola was happy with the ban. It’s since decided to stop advertising on Hallmark altogether. A spokesperson for the brand adding: “The decision not to air overt public displays of affection in our sponsored advertisement, regardless of the participants, is in line with our current policy, which includes not featuring political advertisements, offensive language, R-rated movie content and many other categories.”

Check out the ad below:

And it’s not the first time the One Million Moms has gotten its Christian knickers in a twist in recent times. As reported on B&T in September, the group also tried to have an ad for thrush treatment banned after it featured singing vaginas.

Thankfully, this time around it doesn’t look like One Million Mons is finding too many supporters. Check out the social media backlash below: 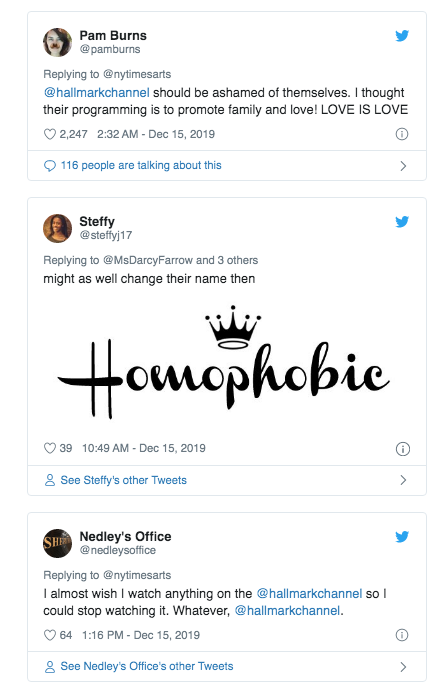 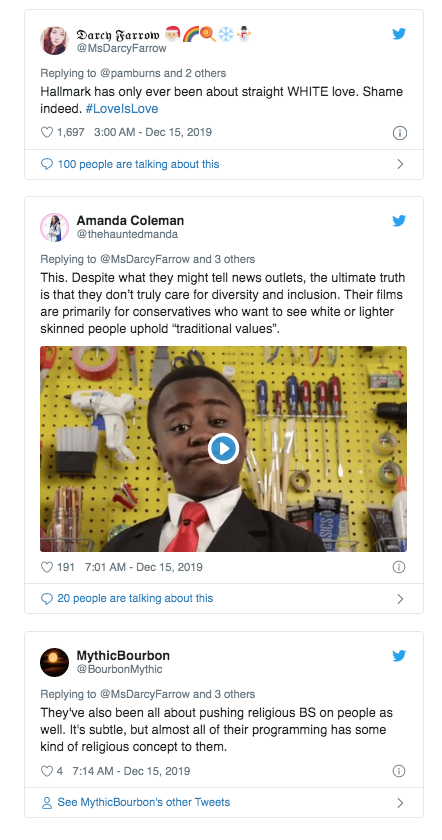