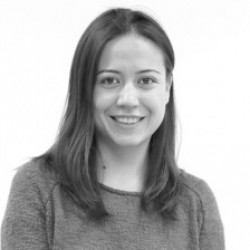 
One in seven children in Australia arrive in the classroom each day without breakfast, having missed out on the most important meal of the day, according to the Australian Bureau of Statistics’ 2013 study CensusAtSchool.

According to early findings from Foodbank’s Social Return on Investment Report, for every kilogram of food provided to a child via a school breakfast program in Australia, there is the equivalent of $110 of social value in terms of improved physical health and school performance[ii].

The report, a comprehensive investigation into the true value of tackling food insecurity in this country, is the first of its kind for the not-for-profit hunger relief organisation and will be released in full later this year.

In recognition of these findings, long-term Foodbank supporter Kellogg’s Australia today announced it has committed to donate six million serves of cereal to children and families in need across Australia.

For every pack of specially marked cereal bought by shoppers, Kellogg’s has pledged to donate a serve of breakfast cereal to Foodbank, in conjunction with a $100,000 donation to help Foodbank expand the reach of its nationwide Foodbank School Breakfast Program.

Foodbank CEO Jason Hincks said the report highlighted the impact something as simple as breakfast could have on a child’s day and their general wellbeing.

“There’s no doubt the six million serves of breakfast cereal will meet an immediate need, while the Social Return on Investment Report shows the donation is so much more than that. Foodbank has plenty of anecdotal evidence, but this report puts a monetary value on the benefits of tackling social issues,” Hincks said.

Foodbank’s School Breakfast Program reaches more than 20,000 students annually and, according to the modelling set out in Foodbank’s report, generates $84.5 million in social value in the form of better performance at school, as well as improved physical health.ii

“Without partners like Kellogg’s Australia, we wouldn’t be able to provide the 2,500 welfare agencies with staple food items such as cereal,” Hincks said.

“The food industry’s surplus simply isn’t filling demand; while we receive significant volumes from companies with excess stock, this isn’t enough. We rely on corporate partnerships and donations such as this one.”

As part of Kellogg’s Breakfast for Better Days initiative, Kellogg ambassador and television personality Shelley Craft said that as a mum, she knows just how important breakfast can be.

“Mornings are mayhem in my house; however it’s a ten minute time investment worth making! I know how much energy my kids require, and if they’re not starting the day with breakfast, how are they ever going to keep up?”

“Missing breakfast is a real issue for many Aussie kids, so I’m hoping this donation will make a positive impact on the quality of life of families around Australia,” Craft added.

Kellogg’s has been a Foodbank supporter since 1998. The partnership complements Kellogg’s Breakfast Buddies school breakfast club program, which delivers millions of serves of cereal to children in need across Australia.

According to Foodbank’s 2013 End Hunger report, breakfast cereal was the number one requested food item by those in need.

It is anticipated that the latest campaign will deliver no less than six million serves of breakfast cereal to children and families in need across Australia – helping to provide a better start to their day.

Shoppers can join the crusade by clicking here.