Twenty-five year old model Emily Ratajkowski, made famous in Robin Thicke’s Blurred Lines music vid, has ditched her clothes and posed nude for US Harper’s Bazaar to talk about body shaming and objectification in a revealing new interview with feminist author Naomi Wolf.

Ratajkowski said she’s copped judgement about her appearance since a young age, and is on the fast track to stand up for female empowerment and ownership of their body.

“I genuinely hit puberty before everyone. So I really was more sexual than my classmates,” she said.

“My teachers, my boyfriends, my parents’ friends didn’t understand how complex it all was. Because of third-wave feminism, I understood that there are all of these fucked-up ideals of beauty put on young women; that there was something to be scared about in the entertainment world.

@EmRata’s Naked Ambition. The actress discusses sexuality, shaming, and the notorious #KimKardashian selfie for our August issue, go to the link in our profile to read her interview with famed feminist #NaomiWolf, and see more photos on BAZAAR.com. Photo by @MonaKuhnStudio

“But yet the people I knew in my everyday life, they (didn’t realise) their faux paus, their missteps, and since they knew me it was much harder because the comments felt personal.”

Back in March, Ratajkowski backed fellow social media superstar Kim Kardashian after she copped flak for posting nude images of herself on Instagram. 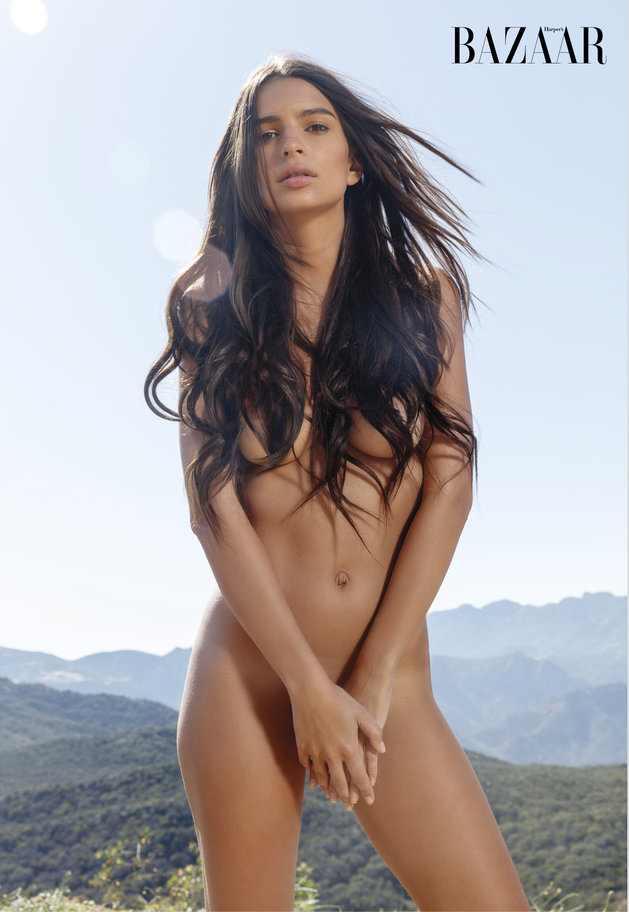 “They don’t need to be mutually exclusive … You know, when Lena Dunham takes her clothes off, she gets flack, but it’s also considered brave; when Justin Bieber takes off his shirt, he’s a grown up. But when a woman who is sexual takes off her top, it plays into something.” 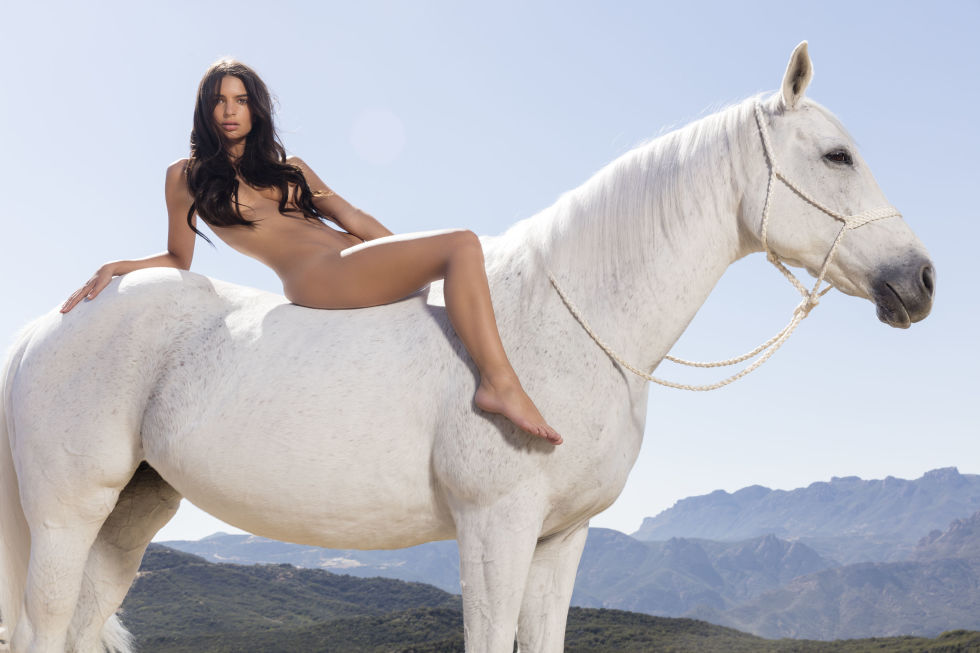 Tough day at work channeling Lady Godiva in all her nude glory for @harpersbazaarus ? link in bio to my conversation with Naomi Wolf. ❤️❤️ @laurabrown99 @monakuhnstudio