In this opinion piece, Bruno Rodriguez (pictured below), a senior SEO manager at Orange Line, says many brands struggle with SEO, but the rewards are great for those who get it right…

Big businesses are shifting their attitudes to embrace SEO as part of their process of digital transformation. Once the preserve of specialists, many of Australia’s biggest brands are now taking SEO in house as it continues to evolve explains Bruno Rodriguez, senior SEO manager at Orange Line. 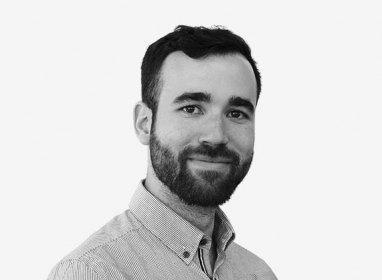 Search Engine Optimisation experts have always been the weird cousin of the digital marketing family. At best, our unique set of skills made us enigmatic. At worst, our constant struggle with Google made us obscure and shady.

For better or for worse, the struggle is mostly over. After a good deal of penguins, pandas and AI-driven algorithm updates like rankbrain, Google won. The result was an ecosystem where cheating the algorithm is so difficult and painful, SEO specialists have no choice than to play by the rules and create great value. Ironically, what was predicted as ‘the death of SEO’ made the discipline more transparent and accountable, turning it into a safer channel to internalise for companies.

Why are big companies now investing in SEO?

2017 saw a fascinating conversation about how big names such as Amazon, Microsoft, Apple and Tesla, embraced SEO and built in-house teams to address organic search traffic as another channel of their company. While the conversation has been mostly limited to the US, the trend has also reached Australia.

Many Aussie companies have either built or increased the size of their SEO departments in the last two years. A quick search of LinkedIn shows that it is not only media companies (Newscorp, Channel 9, ABC, Fairfax Media) and internet-based organisations (Canva, Domain, Open Colleges) that are increasing their in-house SEO teams, major tier one Aussie brands such as the Commonwealth Bank, Westpac, Telstra, Optus and Australia Post are also investing in in-house SEO. Of course, Australian-based global companies are driving up the demand of in-house SEO specialists as well, with Adobe, Adidas, William Hill and Allianz being just a few examples. This doesn’t even include the many companies that are quite aggressively internalising their SEO positions under other titles, such as digital analysts or content and growth professionals.

But why is the demand for SEO rising all of a sudden? It’s difficult to single out one factor responsible for this. The evolution of SEO as a discipline is one clear factor. While SEO was seen as dicey a few years back, it’s now getting closer to becoming more standardised. The process of digital transformation that many of these companies are going through, is another important reason for this change. As the online media cake becomes bigger, companies are rushing to quantify their digital opportunities where non-paid search traffic (SEO) is still the main driver of traffic globally, and to then benefit from them.

So, is SEO declining or growing in terms of opportunity? Well, in 2017, Google overtook Facebook as the main driver of traffic for the world wide web and recent changes in the Facebook algorithm may make that gap even bigger. This, paired with a search ecosystem where non-paid results still get an overwhelming majority of the clicks, makes a stable source of organic traffic, one of the best resources a website can have.

When it comes to recruiting for big brands and organisations, navigating the small pool of local talent, and the even smaller pool of seasoned and reliable professionals, has been a challenge, with potential candidates demanding higher salaries and better conditions. After asking some digital talent consultants their opinions, this was confirmed. Brian Ablanalp from Become Sydney, states that large media agencies seem to be struggling to match these salary demands because of their traditionally-structured salary guidelines, causing the top talent to land client side or in boutique agencies.

The evolving role of the SEO agency

Historically, the role of an SEO agency has been adapting SEO concepts for clients who didn’t have any knowledge of SEO. While this put SEO agencies in a position of power, it was also a situation prone to technical misunderstandings and development bottlenecks.

Companies that have heavily invested in building SEO muscle during the last few years are finding out — thanks to an increased awareness of their market situation — that there is still much to do. Generally, these newly-built teams won’t have the capacity or the technical expertise to address all of these issues, so they still require assistance from third parties.

These tasks usually range from creative work, such as outreach, link building and content generation, through to highly-technical issues such as crawl budget optimisation for large websites or working with large quantities of information. Even SEO innovations such as Accelerated Mobile Pages  or Progressive Web Apps implementations, big data, machine learning solutions and new enterprise tools are creating a lot of work for SEO specialists.

This is the search ecosystem that Australian companies are jumping in to. With changes in the search ecosystem such as mobile-first, voice search, bots, virtual assistants, hyper-customisation of search and an increasingly competitive market — hungry for both talent and SEO wins — SEO is still an enormous challenge for many companies. But while the challenge may be big enough to discourage some businesses, there is a massive reward waiting for those who get it right.