In his second guest post in as many weeks, Dr Peter Steidl (pictured below), principal at Neurothinking, does some crystal-balling on the sports marketing landscape and where the opportunities lie for brands. 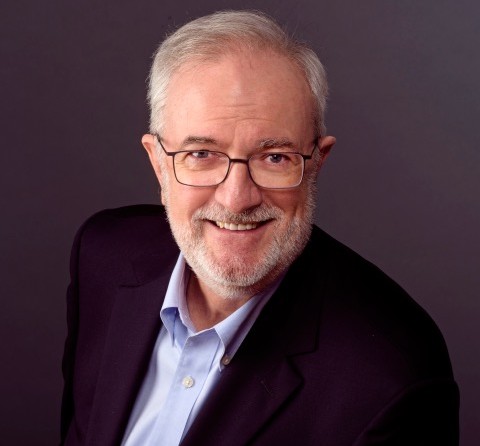 Deep-rooted drivers of behaviour (DRDs) are hardwired circuits that developed in the human brain over millions of years because they boosted the chances of survival in a hostile natural environment. DRDs create goals in our minds and drive us to address these goals. The two DRDs that are arguably most relevant to sport are the ‘competition DRD ‘and the ‘belonging DRD’.

The relevance of competition is obvious. The drive to belong encourages us to join tribes that are built around sports clubs, athletes and codes, and is reinforced by the dopamine hit we get when our goals are addressed or we are exposed to an exciting and rewarding experience, such as a win for our team.

Tribes feed on energy and excitement that are amplified by sharing positive experiences with other members of the tribe. Even when the team or athlete the tribe is following is not performing well, members of the tribe can still get a dopamine release when they share their disappointment with other, like-minded tribe members. However, during such times it is important for the sports club or athlete to offer the tribe other ways to get their dopamine hit, through activities such as challenges, special events, competitions, and fundraising.

It is informative to contrast a tribe with mere members who have joined a sports club but do not interact with other members. These members’ relationship is solely with the club or athlete they follow, and when the performance of that club or athlete takes a hit, they are likely to drift away because they are not getting dopamine hits from interaction with other members. Such followers won’t stick around for long, but members of a tribe will. It therefore makes sense for sports clubs and athletes to develop tribes rather than rely on members or solitary supporters.

But what about the significant long-term changes that will develop due to technologies replacing human labour while facilitating new experiences and activities?

It is most unlikely that sport (in its broadest sense) will experience a decline in followers despite the looming technology disruption. In fact, recessionary periods can lead to increased engagement. We can expect higher levels of unemployment or significantly reduced working hours (Sweden is already experimenting with six-hour working days) to encourage consumers to spend more time with entertainment options, with computer games and sport the likely winners.

However, emerging new technologies are likely to have an impact on how sports experiences are consumed. Here we need to differentiate between technological developments that improve the experience of audiences, may these be attending a real-world event or enjoying a digitally delivered experience, and the use of technologies to create alternatives to today’s sporting events.

But other technology developments may well change the game significantly. We are starting to see the use of robots in sports, such as robot camel jockeys in the UAE. Or maybe you fancy watching a game of RoboCup soccer, an international tournament taking place on an annual basis? Or Robot Combat, taking you back to the glory days of gladiators in the Colosseum, killing for the delight of spectators. It will take time before robot sports become a true alternative to today’s sporting options, but it will be important for sports organisations to monitor developments and it may be strategically important to take ownership of robot versions of the codes they are responsible for, or are part of, today.

In the above examples, robots replace human competitors, but I have no doubt that we will eventually see mixed sports, with robots competing with humans, just as we have already witnessed human versus machine chess, Go and Jeopardy tournaments. Today’s robots are not quite ready to compete in physical sports, but it is only a matter of time before we reach that stage.

While all this will take considerable time to gather steam, there is a technology-based development that is already gaining support today – esports, typically organised multi-player video game competitions pitching professional players or teams against each other. Major games fill stadiums with an audience watching the game on big screens, while the battling teams are positioned on the field working frantically on their computers. Major games are broadcast and streamed and attract audiences of millions, with significant prize money attracting competitors. Some estimates put the number of esports competitors last year at more than 71 million people worldwide.

In summary, there is a bright future for sports, sports marketing and sporting events. However, to stay ahead of the game sports organisations, athletes and marketers should consider the following points:

If you want to learn more from Dr Peter Steidl about the future of sports marketing, click here to secure your ticket to the Ministry of Sports Marketing conference on Tuesday 18 July in Sydney.