The shenanigans of radio dream team Kyle & Jackie O never cease to amuse the Australian public, and today is no different, with one half of the KIIS 1065 pair verbally attacking a psychic on-air.

Kyle Sandilands lashed out at their resident psychic Georgina Walker during her weekly segment that sees her answer questions for callers, when she claimed that Sandilands would die before his co-host Jackie Henderson.

Caller Lizzie queried, “Between Kyle and Jackie O, who is going to live the longest?” to which Walker responded, “It’s Jackie.”

And while last week it was Henderson who copped criticism and dished it out to a Brisbane hairdresser who called her a “black widow” – today it was Sandilands’ turn to lose his cool.

Here’s how it went down:

Sandilands: “How old will Jackie be?”

Walker: “You know I never do that”.

Sandilands: “I already know I’ll be 89 and apparently very lonely but super loaded and that suits me fine”. 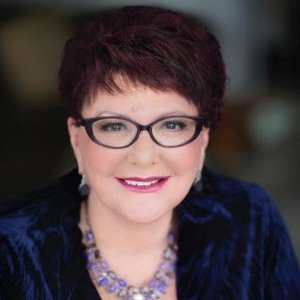 Sandilands: “What sort of an arsehole friend are you?”

Walker: “I always vowed that I would never, ever reveal something that I may see in someone because of the emotional connection. That is an ethical thing that I have.”

Sandilands: “That is the dumbest thing I’ve ever heard anyone say in my life. Give me a number.”

Walker: “I’ll walk out of the studio if you keep pushing me.”

At this point, Walker exited the studio, with Sandilands, currently broadcasting from Los Angeles, continuing.

“You’re the worst friend ever! You don’t need to be a psychic to know I’ve got the shits with you now.”

“Maybe you should start listening to her when she says you need to get looked at,” Henderson added to Sandilands, “because she does say that to you a lot”.

But Sandilands concluded by saying, “I’m fine. I’ve got high blood pressure, that’s it. Everyone wants me to be on death’s door, I’m not. Guess what? I’m not on death’s door!”

The radio duo continue to amuse and entertain Aussie listeners with a whole range of controversial content, including swearing prolifically on radio, storming out after on-air fights, and spreading nasty rumours about AFL players.