We’ve had a huge run of Colonel Sanders variants in recent times and the latest to don the fake beard is possibly one of the oddest yet.

KFC’s patriarch is regularly paraded as a wizened old southerner with a goatee, however, the latest version out of the US depicts him with a decidedly youthful glow.

Mad Men star Vincent Kartheiser is the latest actor to play the role and at just 37 years of age definitely the youngest (see main image above).

Kartheiser’s Colonel will be used to promote the chicken chain’s Nashville Hot Chicken range and comes with a decidedly Elvis look about him. 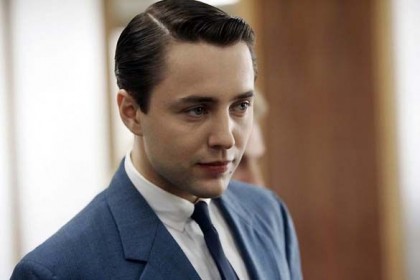 And it appears KFC’s focus on the Colonel is winning back fans and sales. Over the past two years the Colonel has been bought out of fast-foot hibernation to play a more central role in its marketing, just as arch-rival McDonald’s has increasingly hidden their clown, Ronald.

Last week, owners of KFC in the US, Yum Brands, announced a six per cent year on year increase in sales and growth of eight per cent when compared to 2014.

CEO of Yum Brands, Greg Creed, was quoted in US media as saying that the reinvention of the Colonel had definitely been one of the main drivers of improved sales following “decades of stagnant sales”. The Colonel, Creed agreed, had provided “distinctive and disruptive advertising and positioning” and “breakthrough marketing.”

It’s believed US consumers warm to the idea of the Colonel who’s seen as hardworking and a working-class man made good. Hence, why he arguably resonates less in markets like Australia.

There’s been a number of iterations of the Colonel in recent times played by a raft of different actors including Darrell Hammond, Norm Macdonald, Jim Gaffigan, George Hamilton. The marketing stunts also included last month’s chicken flavoured sun screen and a chicken flavoured nail polish launched in May.