DrinkWise and the Outdoor Media Association (OMA) have launched a campaign encouraging parents to reflect on the way they drink in front of their children.

The campaign will raise awareness about parental role modelling, with research continuing to highlight that parents have the greatest impact on shaping their children’s attitude to alcohol and future drinking behaviour. 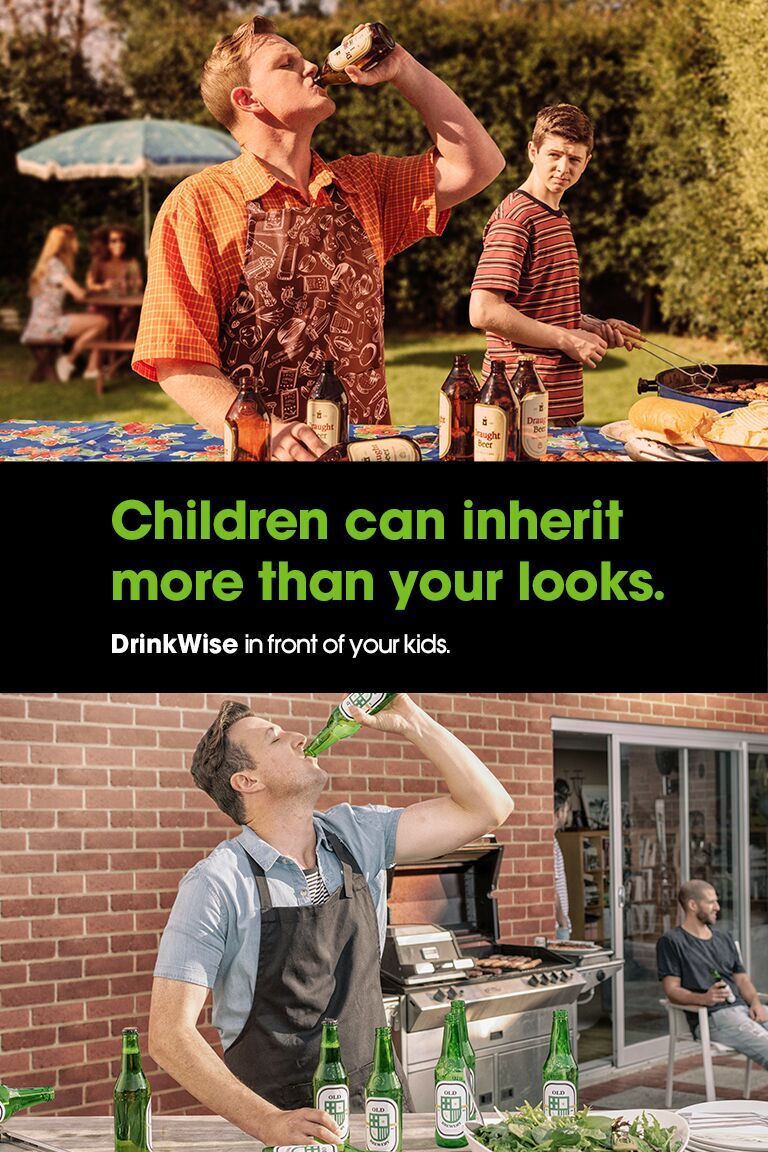 The ‘DrinkWise in front of your kids’ messages will feature on more than 600 outdoor signs nationwide as part of a campaign valued at approximately $1 million.

The campaign follows research, conducted by Quantum in mid-2018, showing one-in-five parents don’t think their current drinking behaviour will influence how their children drink in the future.

DrinkWise CEO Simon Strahan says the intent of this campaign is to urge parents and caregivers to reflect on the way they might be drinking in front of their children.

“The Children can inherit more than your looks line taps into a well-known truth – that we can not only end up looking like our parents, but often end up behaving like them as well.

“It serves as a reminder that parents need to be positive role models, particularly if alcohol is present,” Strahan said.

“Our research shows that 20 per cent of parents do not seem to recognise that kids are forming their attitudes towards alcohol long before they start drinking.”

DrinkWise hopes that its partnership with OMA will bring awareness to the importance of parental responsibility when it comes to children’s exposure to alcohol.

Father of three teens, Andrew Daddo agrees that the stats are cause for concern.

“I don’t think our behaviour with alcohol is something that we, as parents, recognise as having an immediate impact on our kids,” Daddo said.

“It is clear that our behaviour impacts them so it’s our responsibility to acknowledge this and ensure that we’re exhibiting positive role modelling behaviours.” 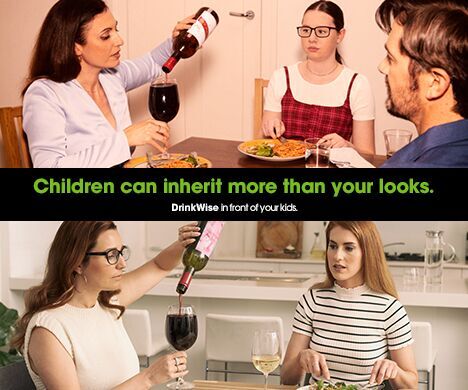 OMA CEO Charmaine Moldrich believes the power of influence is a meaningful responsibility.

“Outdoor advertising is a perfect platform to start a national dialogue around critical issues such as this, which is why OMA members across Australia are donating advertising space.

“With 93 per cent of the population seeing our messages, we are keenly aware of our responsibility to the community to support initiatives which influence healthy habits and strong families,” Moldrich said.

“We understand that a key influence of underage drinking is parents and peers.

The ‘DrinkWise in front of your kids’ campaign will run from 17 September to 1 October 2018 around Australia.