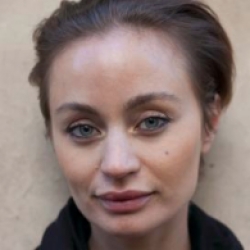 
With so many options available, how can brands make the right decisions when it comes to sponsorship? Strategist Daye Moffitt has four top tips.

Just like navigating around a buffet, careful strategic decisions are key. Without clear objectives and a foolproof plan you’ll fail to return on investment, max out too soon, crash and burn, and all before you’ve even come close to tackling the dessert bar. Is there anything in this world that is more disappointing?

BMW’s partnership with the US Olympic bobsled team and Skeleton Federation is a shining example of sponsorship. To help the team win its first race since 1938, they embarked on a total redesign of the two-man bobsled and created a ‘groundbreaking branded entertainment program’ titled Driving on Ice to capture their design journey. The video drew 1.1 million viewers in its first airing and gained significant exposure across the NBC portfolio; also receiving recognition from top media outlets including: ESPN, Forbes and BrandChannel. Whilst BMW declined to comment on the success of the partnership, they did confirm that the idea grew out of a six-year sponsorship deal, and that there had been a significant positive impact on the brand. There are a number of lessons to glean from this. We’ve captured four:

#1 Know your brand like you know your best friend

Key to success is having a clear and intimate understanding of your brand: That is, what your brand stands for; values and believes in. At Principals, we think of brands like we think of people, constantly asking: What’s their purpose? What makes them tick? Who might they befriend? What passions do they share with their audiences? Powerful and impactful partnership ideas live in the answers to these questions. We recommend taking the time to understand what sits at the heart of your brand.

Case in point: Building on their long-time associations with the art world, Louis Vuitton demonstrated its commitment to the London art scene by partnering with five top galleries: Tate Britain, the Whitechapel Gallery, the Hayward Gallery, the Royal Academy of Arts and the South London Gallery. The co-lab, titled the Louis Vuitton Young Arts Project stood to benefit 750 young people by enabling them unique access to the museum directors and curators, artists and collectors – an opportunity money simply could not buy.

Long term relationships matter. Whilst positive associations may not happen as quickly in the field of sponsorship as they might on other marketing channels, it’s worth investing in the time it takes. Procter & Gamble’s Proud Sponsor of Mums program during the 2012 and 2014 Olympics campaign had three clear objectives: Win the Olympics (measured by recall over other Olympic sponsors): Make people love P&G (measured by net familiarity, favorability and trust): And finally, increase sales by $100 million. All objectives were met and exceeded and the sponsorship successfully transformed a big and cold corporation into a brand with a beating heart. Emotional connections lead to sales. It’s not science. But it is a fact.

It’s sounds like a no-brainer. And yet, so many still fail to measure effectiveness well. According to the ANA, the number of companies that have a dedicated budget for sponsorship has increased, however less then half of them had a standard process for measuring ROI. To maximize the power of sponsorship, effectiveness needs to be about more than just brand exposure. But the metrics for sponsorship programs are distinct from other measurement tools, and whilst it can be difficult to precisely determine the financial value of sponsorship activity, you can start by asking yourself three questions: Did it make your brand famous? Has it strengthened your relationship with your audiences? And, has your brand gained positive associations through the partnership? If your answers are yes: job well done.

#4 Playing safe is a dangerous game

There’s a deadly phrase out there in the sponsor-sphere: We’ll just do what we did last year. Oh sure. Good idea! It hasn’t proven itself particularly effective, but lets do it all again anyway.Isn’t this the very definition of insanity? Doing the same thing over and over again and expecting a different result? There’s a lot to be said for mindful and measured perseverance. But that’s not what this phrase represents. This phrase is about one of two things, possibly both: laziness and fear. It’s safe and easy to just hit repeat. But it’s more dangerous than one might think. Every missed opportunity to emotionally engage with your audience via sponsorship or otherwise is your competitor’s potential gain. And like a hungry lion about to pounce on its prey: They’re ready and waiting. The lesson: Evaluate every new year like it’s nothing like the last. And why? Because it’s not.

The best sponsors are those that fit seamlessly into the worlds in which they’re sponsoring. Simply badging events or properties with little to no concern for shared and authentic values or synergies will leave a sponsorship deal looking (at worst) superficial or (at best) fiscally ineffective.

Daye Moffitt is a strategy director.