The Bachelorette may have debuted to limp numbers last night but it fared better on social media according to data out this morning from news and social media insights company Meltwater.

Meltwater has taken a look at what Australians are saying on social and being published online following last night’s episode, and the results are interesting to say the very least.

Social media conversations around The Bachelorette skyrocketed last night by 319.53 per cent, Aussie viewers obviously found the conversation riveting across social throughout the premier.

Conversations on The Bachelorette peaked at more than 1,100 mentions throughout the premiere.

Not enough it seems to beat Sophie Monk’s season on The Bachelorette, which saw a 620 per cent increase in social conversations on the night of the premiere last year.

Here’s what Australians thought about the premiere last night. 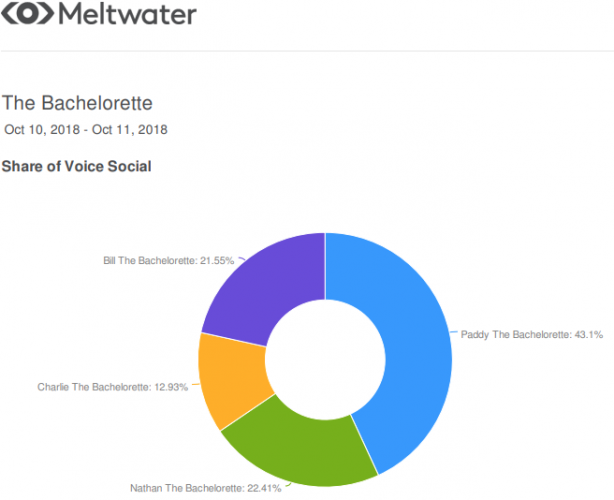 It appears Aussies have a wee crush on our Bachelorette hopeful Charlie, betting on his hubby status from the start. 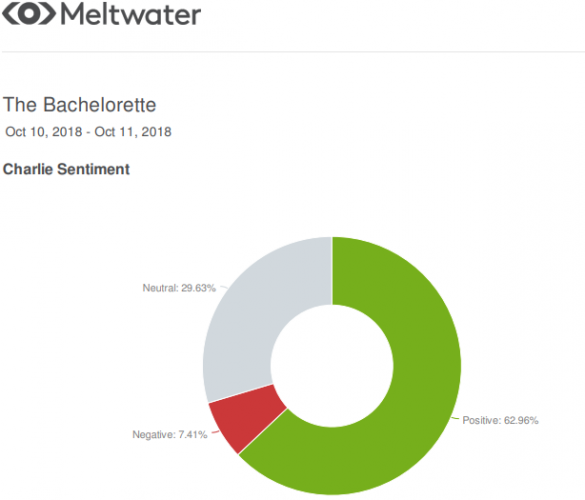 Australia has very mixed feelings about Bill. Some were more concerned about his glowing complexion than his chances at love. 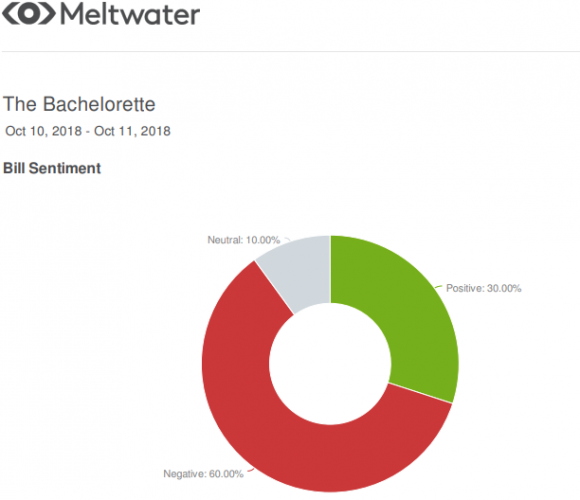 Wow, Australia, tell us how you really feel. Party boy Nathan did get viewers talking on social but for all the wrong reasons. 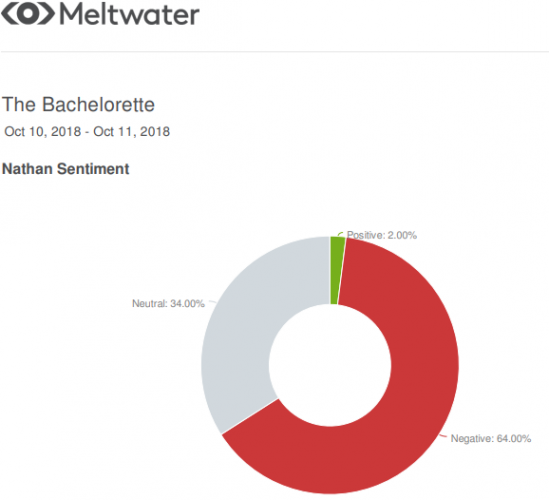 Our soccer player Paddy has everyone’s chin wagging, with Australia expressing all the feels throughout last night’s premiere.