The agency behind Woolworth’s doomed ‘fresh in our memories’ has denied it was ever in hiding after yesterday’s barrage of coverage regarding the Woolies campaign.

The Sydney Morning Herald reported the agency had gone into hiding and had removed all association with the supermarket giant from its webpage. However, director at Carrspace, Madeleine Preece, told B&T they were never in hiding.

“We have not been in hiding,” she said.

“Unfortunately we have had technical issues with our website due to the volume of traffic in the last 24 hours. We have never removed our website page. We deactivated the Twitter account due to trolling and vulgar and abusive tweets that were affecting my team.

The webpage had been down last night and this morning with the following image, which Preece said had been from technical issues. 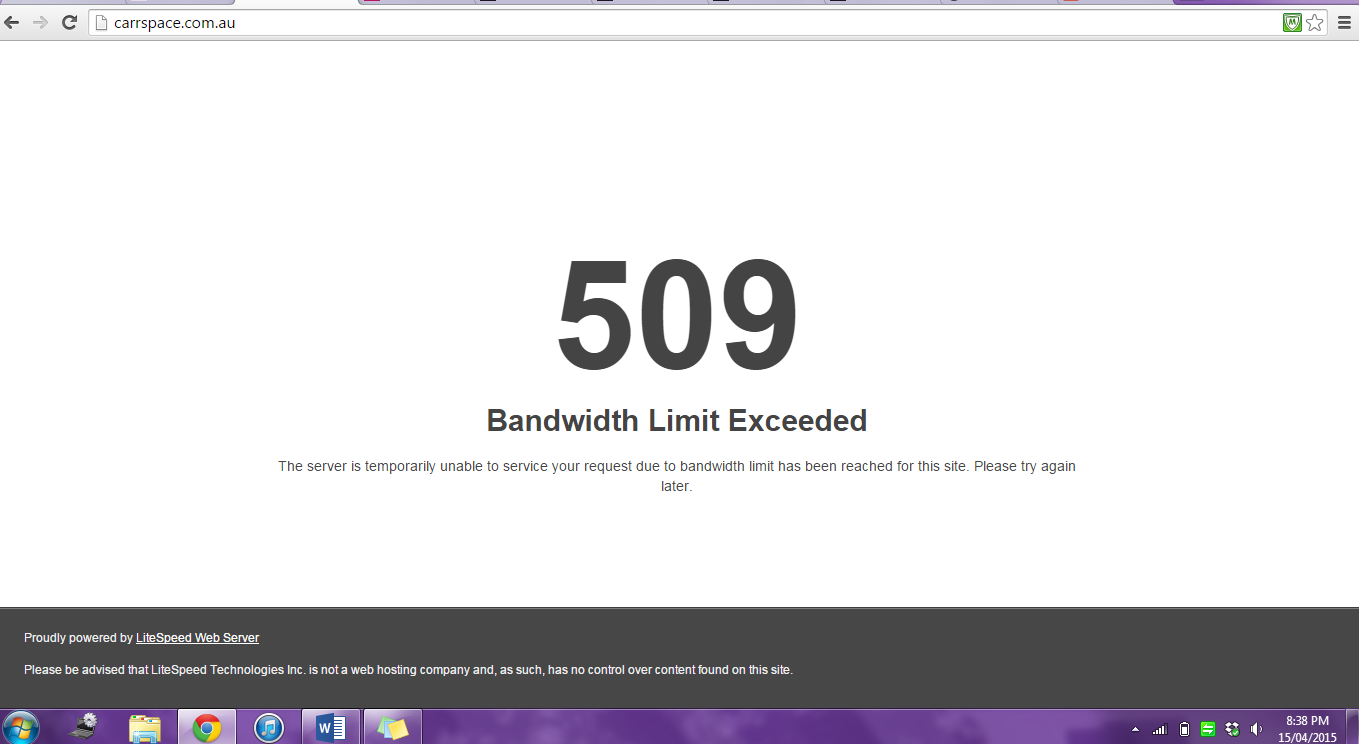 The Sydney Morning Herald also reported the agency had deleted its Twitter account, however Preece said it had been deactivated. It is active now, as the agency had tweeted it was having “technical issues” with its website.

Due to technical issues beyond our control our website is not currently available. We are working to get it back up as soon as possible.

As of 10.30am this morning the webpage was back with the Woolies logo included in its section about existing clients.

Woolworths came under fire on Tuesday night after a barrage of comments about its ANZAC Day campaign flooded social media.

The campaign was a play on the supermarket brand’s tagline ‘Fresh Food People’, creating a campaign called ‘Fresh In Our Memories’ relating to keeping the memories of ANZACs alive.

On Tuesday evening, after the heap of social media backlash, Woolworths removed the site. Carrspace has since said all comments will be directed to Woolworths.

The statement on the Woolworths Facebook page read: “The Fresh in Our Memories website has been taken down this evening. The site was developed to give our staff and customers a place to put their stories to mark the Centenary of ANZAC.

“We regret that our branding on the picture generator has caused offence, this was clearly never our intention. Like many heritage Australian companies, we were marking our respect for ANZAC and our veterans.

“We continue to be proud supporters of the RSL and Camp Gallipoli in this important year and look forward to working with them into the future.”