Scottish brewer BrewDog’s intentions appeared genuine enough when it repackaged one of its beers with a pink label and dubbed it a “beer for women” as a promotion for International Women’s Day.

Not only did the brewer promise to donate a percentage of the beer’s sales to women’s charities, it also came at 20 per cent off the usual price, apparently to draw attention to the gender pay gap in the UK. 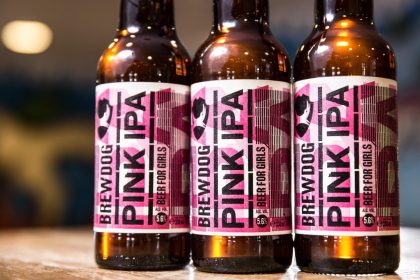 It also claimed the pink label was aimed at parodying other brands who often jumped on women’s causes but, in reality, made very little effort at all.

The “lurid pink” packaging and stereotyped Pink IPA brand name were apparently meant to be a “send-up of the lazy marketing efforts targeting the female market,” a BrewDog spokeswoman said.

“However much they clothe it in a good cause it might be more to do with wanting more of a share of the lucrative female drinkers’ market,” said one marketing expert of the brewer’s efforts.

Meanwhile, an article in The Guardian called out the brewery’s male-heavy executive team and an apparent 2.8 per cent gender pay gap between its male and female employees,

Despite some fans of the stunt, as usual, the social media backlash has been swift and fast. “Lazy”, “uncool” and “patronising” were just some of the feedback. Check out some of the choicest social media cuts below: 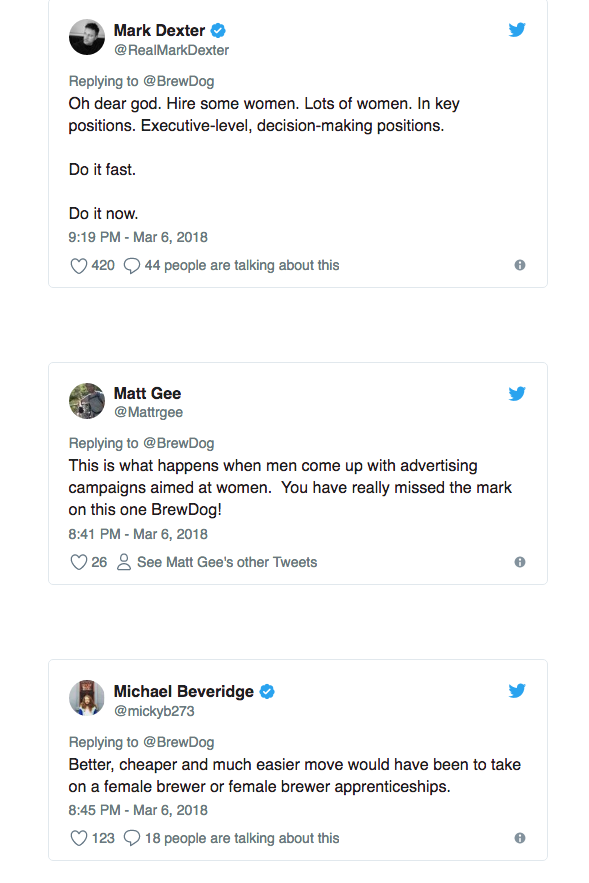 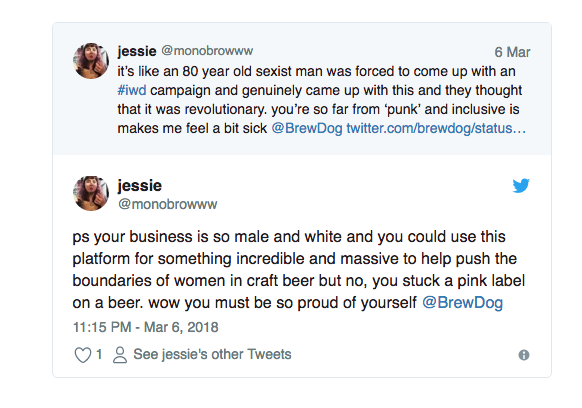 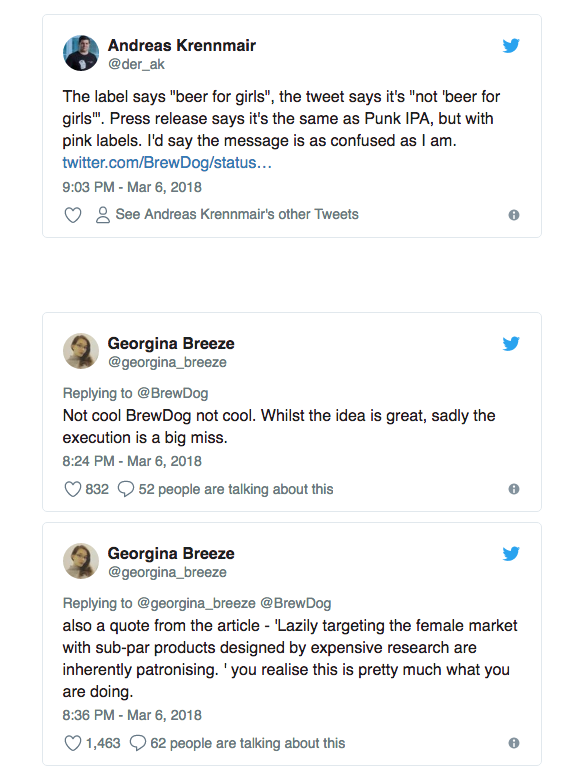 However, the brand did find some supporters. 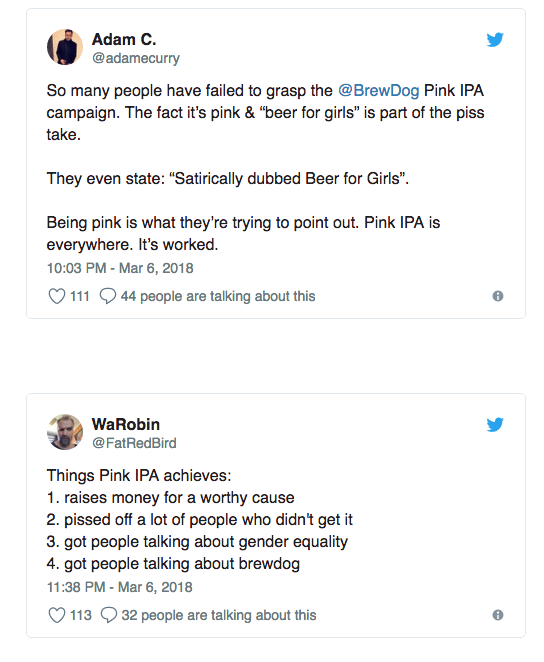