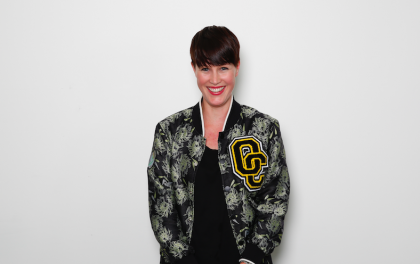 I think the B&T Women in Media Awards are important because gender inequality still exists. Whilst the latest Workplace Gender Equality Agency (WGEA) reports show that the number of women entering management positions is growing at a faster rate than men – women can still expect to get paid significantly less than their male counterparts. And the story gets worse as women progress. The highest paid 10% of men will earn at least $598,745 in total salary, whereas the highest paid 10% of women will reach only $436,369, a difference of over $162,000 – a 27 percent pay gap!

These awards showcase what women deliver to their workplace, their peers and the industry – showing that they are worth investing in, and worth paying equally! The media industry also has the ability to influence other sectors through its platforms and profile, which means we can help even-out the playing field for women in other sectors by being role models and in the work we produce.

I think one of the biggest impediments to equality in the workforce are employers who see paid parental leave and flexible working arrangements for working parents as ‘privileges’ they should be grateful for. As much as Australians have the right to a safe working environment and the right to paid sick and holiday leave, employees should receive similar conditions for parenting. And, while the solution may look different across individual roles and industries, they should not be conditions that women, or men, have to battle for… or that mark recipients as getting ‘special’ treatment when they do receive them.

If you want to make a change to equality in the workplace, call it if you see it! Working agency side all my career, I’ve seen bad behaviours accepted and even expected. My biggest bug bear is women being expected to clear up the plates after a catered meeting, organise the coffee or tidy the room… regardless of their seniority or role in the meeting. Now if that happens, I call it. These little everyday inequalities reinforce that women and men have different roles to play and different strengths – which is simply untrue.

The most unexpected champion of change for equality I’ve come accross is Geoff Parmenter at Australian Rugby. He was my client in the years leading up to the Rugby World Cup 2003. At the time, we had a great bunch of guys at the agency working on the account – guys that were mostly ex-private school, ex-rugby playing men. So, it was a team that looked right on paper in terms of their knowledge and love of the game, but Geoff stood out as a man who really challenged this stereotype on our side – and in his own marketing team.

In addition to that, he championed my role in the business and encouraged me to lead – giving me opportunities to present at board level and to engage with very senior stakeholders across the board. He championed expertise and new perspectives, which gave women like me fantastic opportunities in an area which is usually male dominated.

The best advice I ever received was ‘fix your own mask first.’ It’s what every airline safety video tells you to do. But as a mum it used to jar with me, as I instinctively want to look after my daughter first. But of course, it’s common sense because if you run out of oxygen, you can’t help anyone else. Over the years I’ve

figured out this ‘mantra’ applies across the board, particularly when it comes to looking after your own mental health. To be a good mum, good boss and good friend I need to make sure I’m not neglecting my own well-being – mentally and physically.

Name the most influential woman in your life.

The most influential woman in my life is my 10-year-old daughter, Gabriella. She is the first hand in the air, the first one in the pool, the first to create a game from nothing and the first to reach out to another kid to make a new friend. She shows me every day what resilience, confidence and creativity looks like.

I would do more to help workplaces support victims of domestic violence. In Australia, 1 in 6 women have experienced physical and/or sexual violence by a current or previous partner – and 60% of these women are currently working. That means it’s likely that most workplaces will have women who are dealing with the devastating consequences of family or domestic violence – whilst still trying to hold down a job. There is a lot that workplaces can do to support women, from access to mental health services, to providing paid domestic violence leave and helping prevent financial abuse.