In this opinion piece, SEO director at Atomic 212, Andrew Lowdon looks at the first month into President Trump’s time at the White House and what the future of ‘brand trump’ could be.

While there are plenty of firsts with Donald Trump becoming President of the United States – we’ve never seen a reality TV show, let alone a member of the WWE Hall of Fame, ascend to the position of the Leader of the Free World – one of the more intriguing firsts is that The Donald is the richest man to ever take the office.

Trump’s estimated $4.5 billion personal wealth comes from his position as the chairman and president of the Trump Organization. While he has rescinded these positions for the tenure of his Presidency, with his sons Donald Jr and Eric to take up the management reins, Donald Sr remains the owner of the organisation. 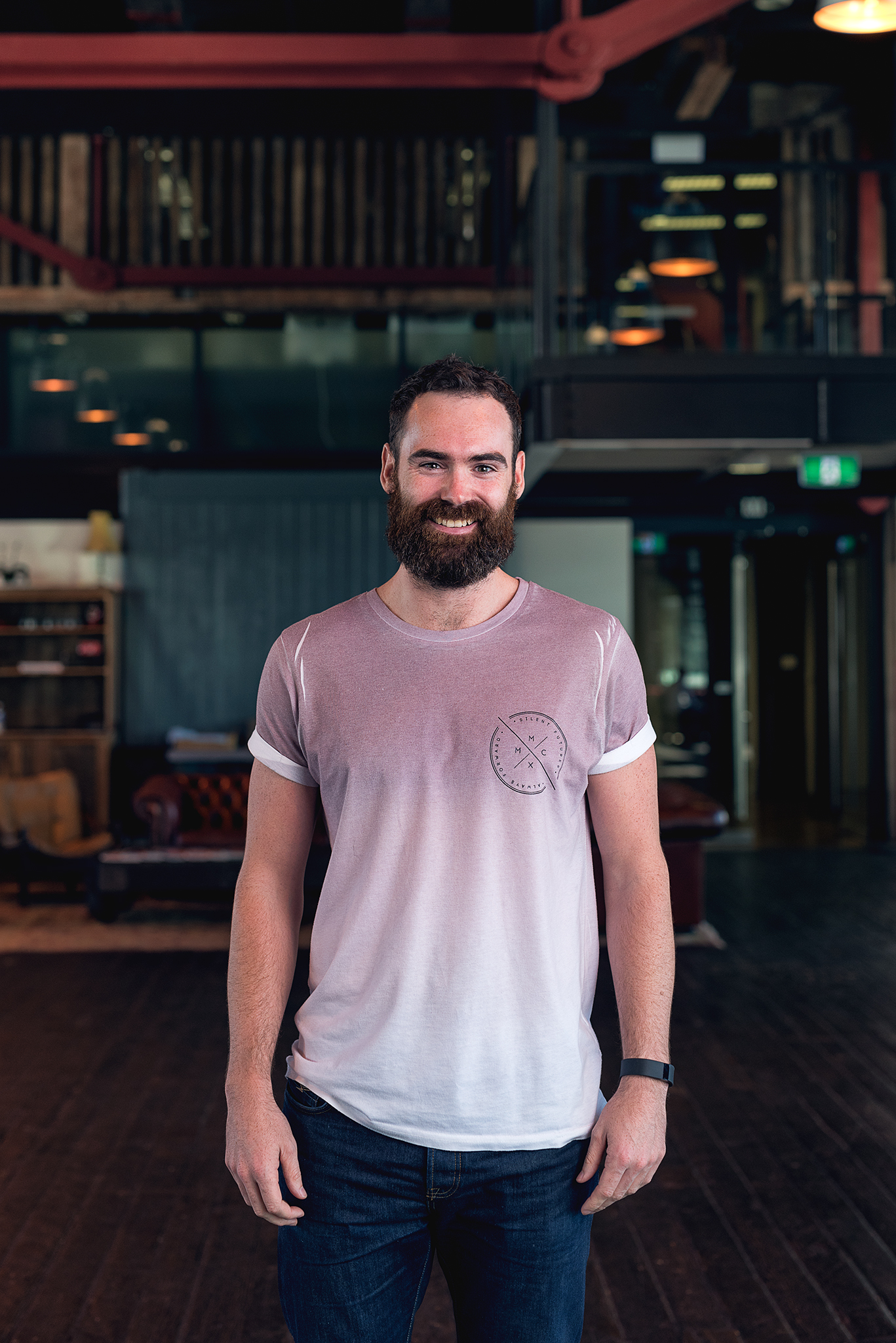 So the multi-billion dollar question is: what will become of Brand Trump now that the head honcho has moved away from running the show, and into the highest-profile office in the world?

The obvious answer would be that Brand Trump is going to go stratospheric. While any global company with tens of thousands of employees is obviously doing just fine, to have your figurehead become President of the USA suggests that the company will be trending seriously upward.

But that’s based on the assumption Trump is going to be a successful and popular politician, both at home and – with the Trump Organization having holdings all over the world, including in the Middle East – abroad.

Which is where things get seriously murky for the future of Brand Trump.

What do the stats say?

Atomic research into data on Trump-related hashtags globally shows all may not be well for the future of the President’s company.

While the term POTUS (President of the United States, for those who weren’t avid fans of The West Wing) was receiving largely positive hashtags at the time of writing – 37 per cent positive, compared to 24 per cent negative and 39 per cent neutral, at a rate of eight posts per minute – POTUS refers to the office, not the man. And darn if the Yanks aren’t an overwhelmingly patriotic bunch. 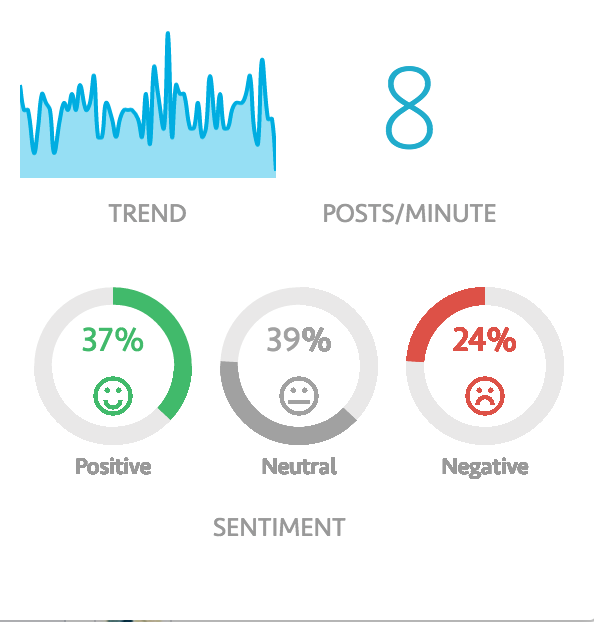 What is far more telling are the reactions to the man’s primary and most prominent political positions.

First and foremost are Trump’s primary slogan, “Make America great again”, which, unsurprisingly, is in seriously ruddy health, both as #makeamericagreatagain: 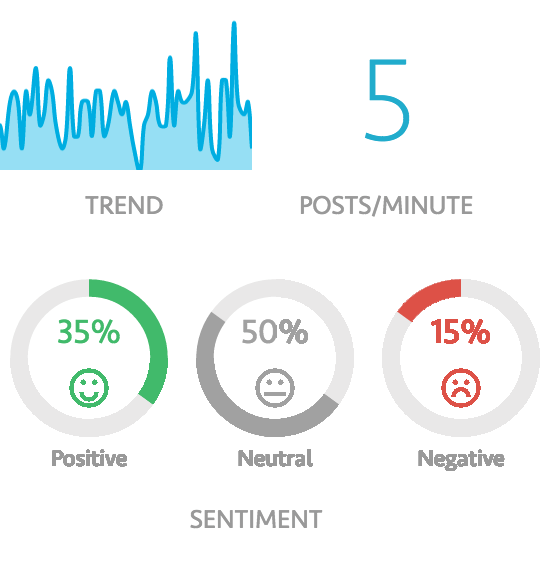 And as the shortened form, #MAGA: 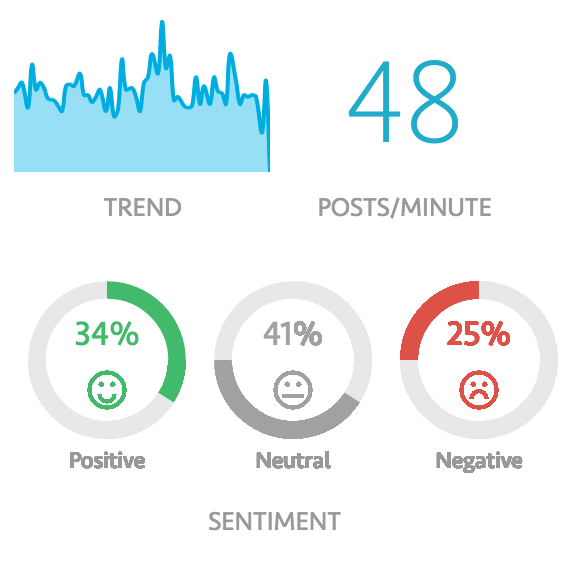 But it’s worth remembering that while it’s a slogan inexplicably tied with Trump – and was a brilliant piece of marketing – again, Americans love America. Making it great again sounds awesome, but also doesn’t really mean anything.

Getting into actual policies, the ban on immigration, while far more complex than implied by #muslimban, has received overwhelmingly negative responses online: 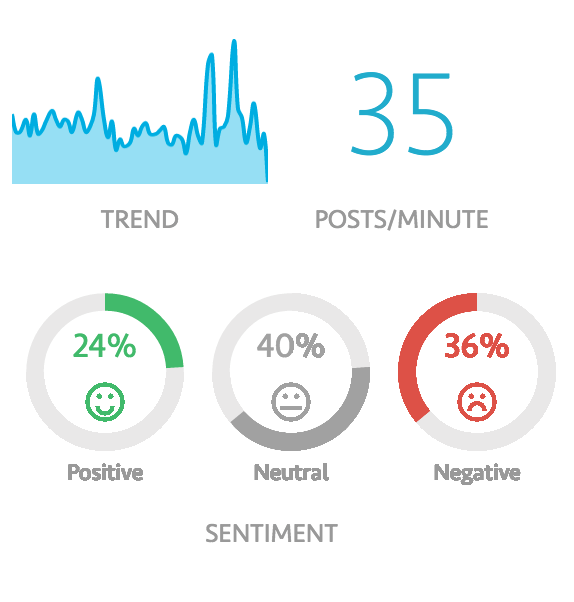 There is an interesting dichotomy when it comes to Trump’s proposed wall along the Mexican border, with #mexicanwall seen in a seriously negative light: 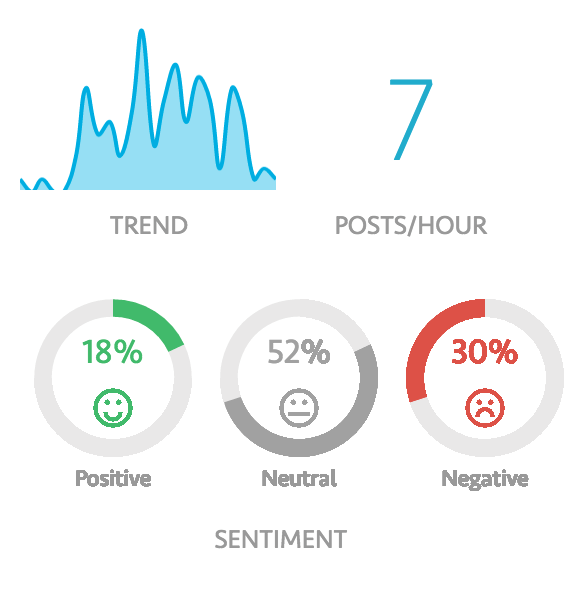 However, the hashtag #buildthewall is getting a far more favourable reception, and with greater frequency. 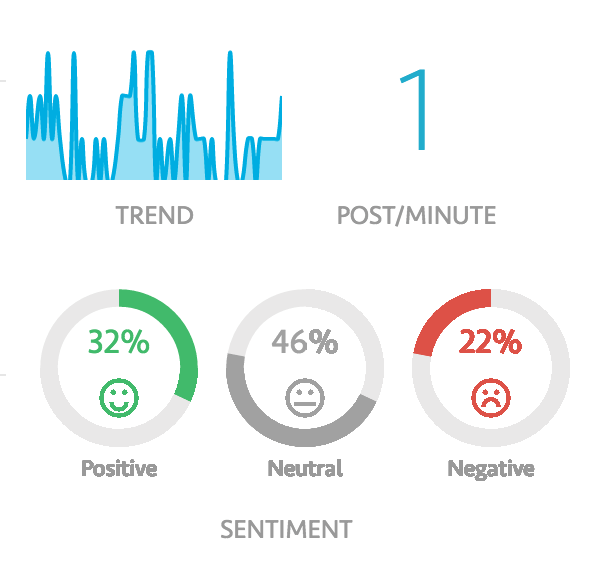 But what about some seriously Trump-specific topics? The epicentre of Brand Trump, Trump Tower in New York City, is largely a fence-sitting topic, with a slightly positive lean over the 17 posts per hour: 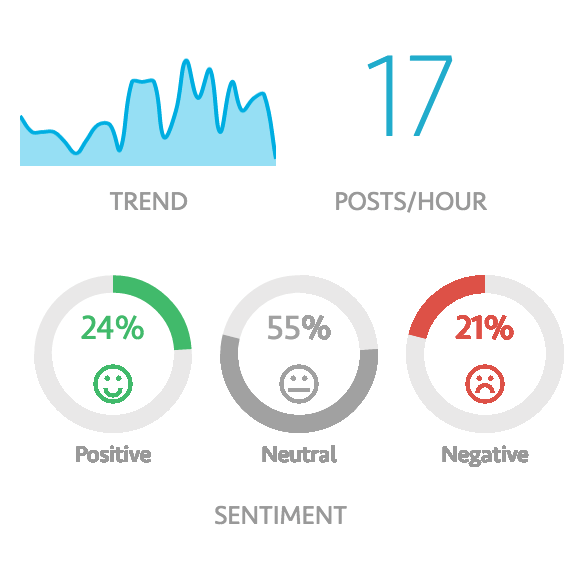 The negative would largely be contributed to the fact Trump’s wife, Melania, has opted to continue to reside at Trump Tower while the couple’s ten-year-old son, Barron Trump, finishes the school year. The issue there is the reported cost to the taxpayer of as much as $300 million per year (although that figure is highly questionable) to have the First Lady and the President’s young son not live in the White House.

But Trump Tower is far more than just the residence of the POTUS’s family, it’s also a tourist attraction in its own right. First referred to as “something of a New York landmark” by the New York Times way back in 1984, the building served as Wayne Enterprises in The Dark Knight, and is where Trump’s reality series The Apprentice films its famous boardroom scenes. There’s plenty of tourists and likely residents of the Big Apple who think favourably of the building.

But let’s get to the brand itself: unsurprisingly, the posts for #Trump are coming thick and fast, and with a negative slant to them. 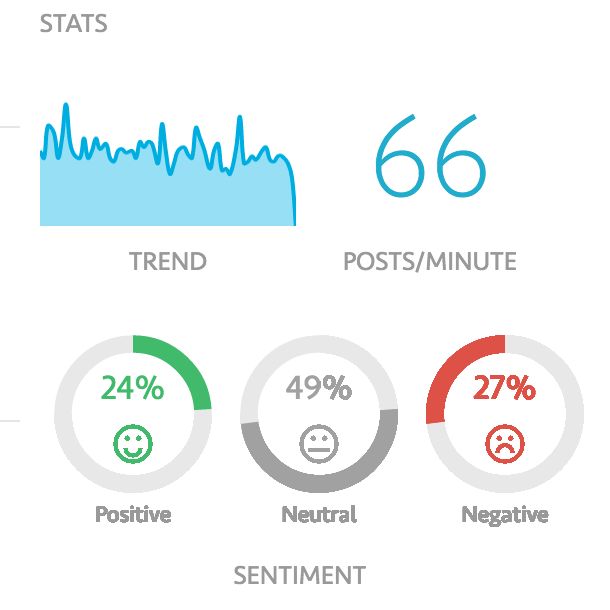 And that’s the most telling of these stats: because while Trump knows better than anyone (except, perhaps, Hillary Clinton) that political polling data doesn’t mean squat, online chatter is one of the best fingers on the pulse for a brand.

Of course, it’s far too early to tell whether that’s going to be the case at the end of his presidency – be that in eight years, four years, or even sooner in the case that he is impeached.

President Trump being impeached would be another in these continuing series of firsts – while Andrew Johnson and Bill Clinton were impeached by the House of Representatives, both were acquitted by the Senate, so if Trump were to have his term cut short by impeachment, he’d be the one and only President to have suffered this fate thus far.

So while we have no actual comparison for impeachment, Richard Nixon looked set to be removed from office, for his role in the Watergate scandal, but ‘Tricky Dick’ jumped before he was pushed.

At the time of writing, LuxBet were offering odds of $13 for Trump to likewise resign the Presidency some time in 2017, while overseas bookmakers have Trump to be impeached in his first term at just 2/1!

Impeachment would surely spell disaster for Brand Trump – it took Nixon over a decade to regain any form of international stature, and he remained the butt of jokes until his death almost 40 years later.

But speculating over impeachment is far less productive than assessing something concrete, such as the heirs to Brand Trump.

Searching the heirs to the hair
With Donald Jr and Eric now holding the can at the Trump Organization, there have been plenty of people looking for more information about the heirs – well, about one of them anyway.

Atomic research found Donald Jr is rated sixth for average monthly searches of keywords related to Trump, with 673,000 at the time of writing. Unfortunately for Eric, we only went as far as the top 100, and the second son didn’t make the cut!

But the broader keyword theme of ‘Trump’s family’ was second overall, with 10,927,300, per month, behind only the theme of ‘Name search’.

Granted, Trump’s wife and daughter fall into the ‘family’ theme, and both received more keyword searches than Donald Jr – Melania was third overall with 5,000,000, while Ivanka was fourth on 3,350,000.

Of course, The Donald’s not afraid to have an opinion about how his family’s business are faring even with his new role, as we saw after Ivanka’s clothing and accessories lines were dropped by Nordstrom’s department store.

My daughter Ivanka has been treated so unfairly by @Nordstrom. She is a great person — always pushing me to do the right thing! Terrible!

This was a stark reminder that Donald’s antics in the Oval Office will play a huge role on the ongoing perception and success of his family brand, but still, those who have been left in charge will arguably have just as much influence.

So what’s going to happen to Brand Trump?

If you’ll pardon me while I cop out like nobody’s business, it’s virtually impossible to tell.

A month into President Trump’s first term, the USA’s Attorney-General and Immigration and Customs Enforcement Director have been sacked, the national security adviser quit, and our own Prime Minister copped a royal serve and was hung up on.

We are in such unchartered waters with President Trump that to try and predict what will become of his family fortune is as easy as trying to predict what the man himself will do next.