Will I be replaced by a robot/computer/machine? It’s actually a question mankind has been asking for decades, writes Clayton Howes (pictured below), CEO of digital consumer finance firm MoneyMe. 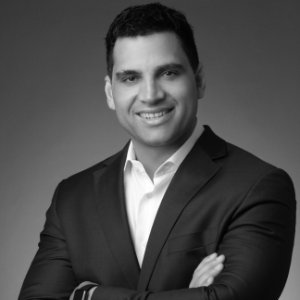 In the early 1980s, ‘computerphobia’ was a term used to describe the anxiety, hostility, and resistance that arose with the emergence of the personal computer. Included in this was the widespread fear that people would eventually be replaced by machines and left redundant.

But while it’s true that technology, computers, and automation have resulted in some jobs being replaced or changed, these changes have been largely positive.

In 2017, the possibility that artificial intelligence might render humans jobless is the latest iteration of this very long-held fear.

But just like in years past, we believe this is also a largely unfounded fear, and here is why.

Artificial intelligence (or AI) refers to any technology that can complete tasks which traditionally required human intelligence. This can include tasks that require visual perception, speech recognition, language translation, or decision-making. Its computer software is designed to aggregate data, conduct analysis, and provide recommendations based on this information.

From an employer’s perspective, replacing humans with AI platforms may seem to be a very cost-effective solution. AI platforms won’t ask for a raise, they don’t get sick, and they won’t chuck a sickie when they are actually hungover (for now).

So, can all jobs be replaced by AI?

When you think about it, not all jobs may actually be worth preserving.

A recent study by McKinsey & Co analysed 800 occupations to see which jobs or tasks were most at risk of being replaced by AI.

It found that those most at risk were also considered the least mentally stimulating or emotionally rewarding, such as jobs involving data collection, data processing, and predictable physical work.

These jobs typically involve routine, standardised, and unambiguous tasks that don’t necessarily lead to a great deal of job satisfaction or a high quality of life for the worker.

If they can be performed more quickly, efficiently, and cheaply by a machine, there doesn’t appear to be much downside.

The same McKinsey report found that positions which required creativity, people management, or complex decision-making were far less likely to be threatened by AI.

Artists, motivational speakers, teachers, psychologists, trainers, and managers at a range of levels all required a certain ‘human touch’ that could not easily be emulated using AI.

Because humans are feeling creatures who often need to employ emotional intelligence and intuition to be successful in certain areas, it was considered very unlikely that these jobs would be replaced by AI in the distant future.

Jobs AI could create or help to enhance

As has been the case with new technologies countless times in the past, the emergence of AI will inevitably create an exciting series of new jobs.

This could result in bringing certain jobs back on-shore. Tasks that have in the past been moved offshore may now be able to be performed by Australians, but in a different manner using technology, coding and AI processes. This will ensure the work is still performed at a cost-effective rate, but is back in the hands of young Australians needing the work.

And in the meantime, organisations are likely to first test the AI waters by using it to augment pre-existing jobs and human skills.

So, your job is more likely to be augmented by AI than completely replaced by it.

But if it is replaced, maybe that’s not actually the worst thing to happen in the world.