Media agency Vizeum Australia has announced the appointment of Stephen Deane to the role of national managing director, following the resignation of Travis Day.

Deane (pictured above) has led Vizeum’s Sydney business as general manager since late 2016. Reporting to Simon Ryan, CEO of Dentsu Aegis Network ANZ, Deane will begin transitioning into his new role now until Day leaves the agency in mid-July.

Day has been with Dentsu Aegis Network for eight years. In 2012, he launched Vizeum Melbourne as GM, before being promoted to national MD of Vizeum Australia in October 2015. 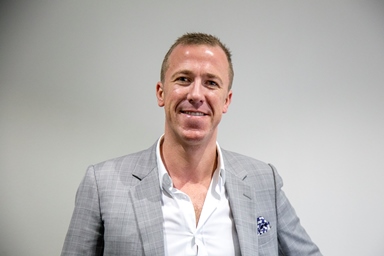 Additionally, Danielle Gowling (main picture) – a founding member of Vizeum – has been promoted to general manager of the Melbourne business, effective immediately.

Ryan said: “As an existing and respected leader within the business, Stephen is the natural choice for this role.

“I look forward to seeing how Vizeum continues to evolve and thrive under Stephen’s direction, delivering exceptional results that accelerate business growth for our clients.

“Travis led Vizeum Australia for a significant period and has been instrumental to its growth during that time. We thank Travis for his commitment to the business and wish him all the best.”

Commenting on his new role, Deane said: “I’m thrilled to be taking my next step within Dentsu Aegis Network and couldn’t be more honoured to be doing so at Vizeum.

“I’m proud to lead a team which dares to think differently, brings a fresh perspective to any situation, and continues to push boundaries to deliver the very best business outcomes for our clients.”