Video and mobile advertising will experience explosive growth in the next five years according to IPG Mediabrands’ intelligence and investment division Magna Global.

New data from Magna Global charts the degree to which the digital revolution in media will impact traditional and new formats over the next five years.

The Magna Global report says that video and social formats will continue to be the principal growth drivers of digital advertising. It signals that the traditional TV industry is reaching its tipping point in the “screen market” as the online video industry is expected to quadruple over the next five years and move from being a $200 million category to a $845 million category. Social media is anticipated to grow at an even faster rate from $518 million in 2014 to $2,345 million in 2019.

“2014 has been a turning point for the media industry with dramatic shifts away from the print sector continuing and a predicted -3.2% drop in the television market,” said IPG Mediabrands Australia’s chief investment officer Victor Corones. “As these channels move into the digital world we see that the talk of convergence between traditional and online is well and truly embedded and that by 2019 digital will represent 55.9% of total media expenditure, up from 36.5% this year.” 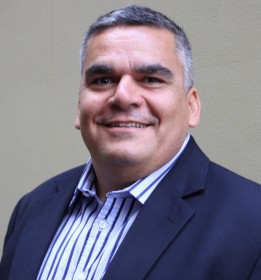 In other media channels Corones said Magna Global was predicting growth. In outdoor, digital out of home formats would drive the sector. The compound annual growth rate (CAGR) for digital out of home is predicted to be 21.2% from 2014 to 2019 versus the total outdoor and cinema market which is expected to grow 5.1% over the same period. Corones said confidence in this sector was driven by outdoor’s ability to broadcast mass messages in an increasingly fragmented market.

Underpinning Magna Global’s prediction is a CAGR for the total Australian advertising market of 5.1%. Corones said he was expecting improvements in 2015 with the market set to grow 3.8%. The growth for 2015 is seen as an optimistic outcome driven by the growth in digital channels and prefaced by the expectation that consumer and business confidence improves locally.

Worldwide, Magna Global have predicted growth of +4.8% in 2015, slightly ahead of the Australian market. The stronger economic environment expected for next year (+3.8% for real GDP compared to 3.3% in 2014) will offset the negative impact caused by the absence of non-recurring drivers like the Winter Olympics and the Soccer World Cup.