As Channel Seven’s very own expert commentary team would know, the Winter Olympics can be a tough gig when you have to talk about a myriad of sports that you typically don’t have the foggiest clue about.

However, American veteran reporter Katie Couric has managed to offend most of the Netherlands following comments she made during the Games’ opening ceremony on Friday.

When the Dutch entered the arena, Couric suggested the country were exceptionally strong speed skaters because it was their preferred mode of transport when Amsterdam’s famed canals froze over.

“Skating is an important mode of transportation in a city like Amsterdam which sits at sea level. As you all know, it has lots of canals that can freeze in the winters,” Couric told her NBC viewers during the telecast.

“So, for as long as those canals have existed, the Dutch have skated on them to get from place to place, to race each other, and also to have fun,” she said.

However, the Dutch were pretty quick to take to social media to suggest that Amsterdam was a rather modern city and had cars and stuff and, no, it didn’t have residents skating off to their jobs in cheese factories. Check out some of the social bile below: 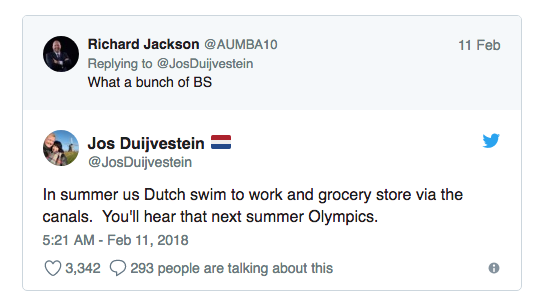 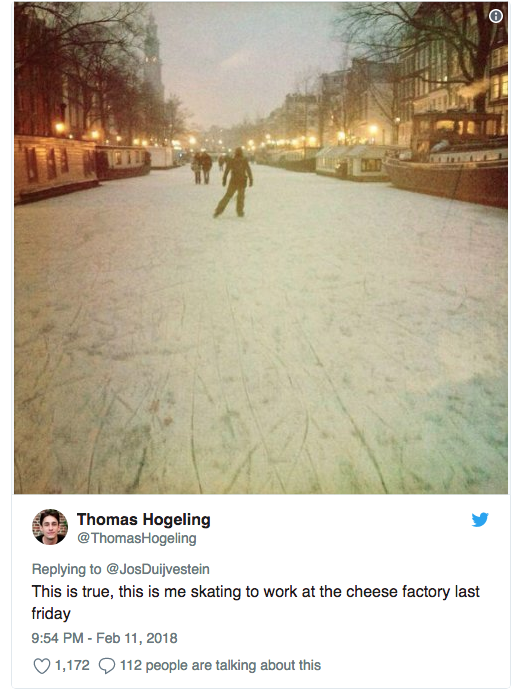 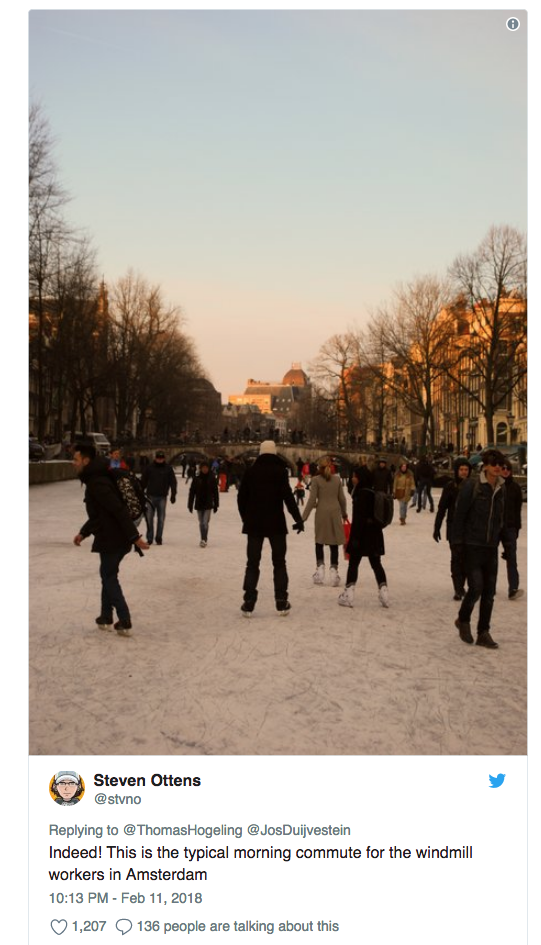