A social media promotion in the UK by chips (or crisps, to the Brits) maker Walkers Crisps has had to be pulled after it was hijacked with images of notorious serial killers, history’s mad men and paedophiles, including our very own Rolf Harris.

The promotion, called #WalkersWave, and featuring ex-England soccer star Gary Lineker called for crisp fans to upload selfies to a Twitter feed to win tickets to the UEFA final in Wales on 3 June. 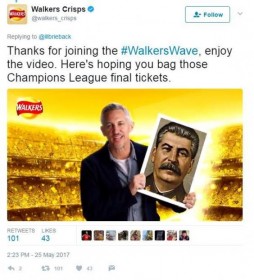 In a video replying to those who have sent in the “selfies”, Lineker says: “Thanks for joining the Walkers wave and celebrating the Uefa Champions League final.” He then pauses, looks at the photo which appears in a photo frame he is holding and remarks to the camera: “Nice selfie.” The photo then appeared superimposed on to the head of a footy fan at the national stadium of Wales. 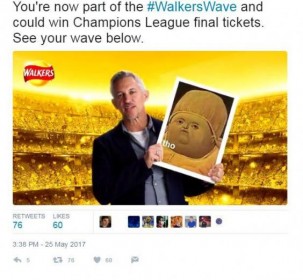 However, it appears no one was monitoring the uploaded images and it only took minutes before the promotion was inundated with evil henchman the likes of Joseph Stalin, paedophile Jimmy Saville, Josef Fritzl, British serial killer Fred West and Dr Harold Shipman who is believed to have murdered over 250 of his patients. 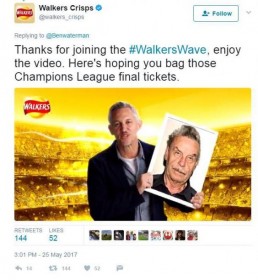 Walkers quickly realised the error of its ways and pulled the promotion. A spokesperson saying: “We recognise people were offended by irresponsible and offensive posts by individuals, and we apologise. We are equally upset and have shut down all activity.”

The brand has also been roasted on social media: 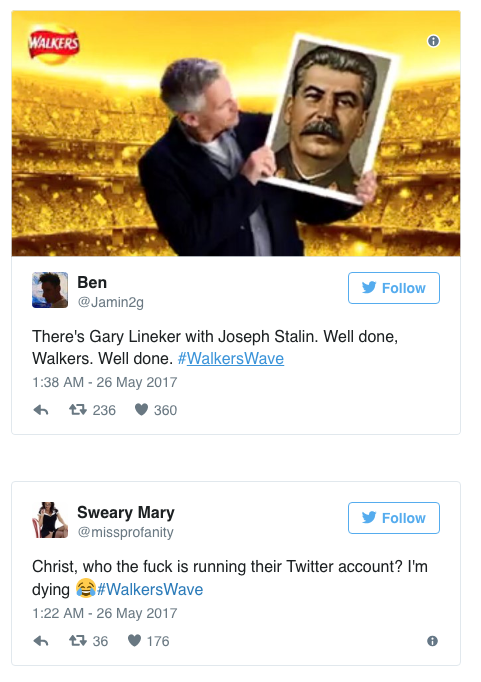 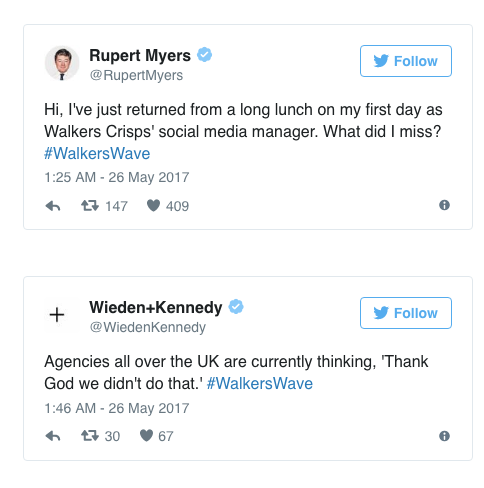