Twitter Australia’s head of sport & food, Jonno Simpson, has lashed out at any brands or sports marketer who says they don’t want to commercialise social media or their digital space, labelling it as “bullshit”.

“Ultimately what you want to do with social media is commercialisation,” he said at B&T’s Ministry of Sports Marketing conference yesterday.

“Whoever says they don’t want to commercialise their digital space, I call bullshit on that.

“You want to give them options to ‘go here and buy tickets’ or ‘go here to buy merchandise’, and they’re more likely to do that because you’ve used the platform to create a conversation with them.

Simpson said the live streaming of sport is where the future of sport and social media is headed, and it’s essential for brands to “have a live strategy when it comes to digital marketing”. 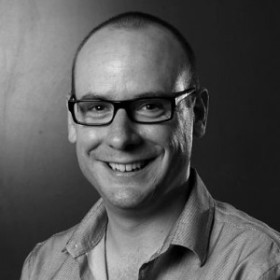 “Two clicks and you are dead. If you need fans to click more than two times to get somewhere, give up, because your fans will. You mustn’t put barriers in way of people accessing content,” he said.

“Five or six years ago they said it was the year of the video. I haven’t heard this phrase used for at least three years though, because we are in video. You must have live video and you must have video strategy.

“Adobe Digital Index predicted that by 2019, mobile video consumption will increase by 13 times.

“But you need to understand that the lifestyle of the consumer means you lose control. People are watching live TV between 8pm and 10pm at night, and you need to be there with them and get to know them.”

That “water cooler” moment, where you used to catch up on Friends at work with your colleagues, is no longer, according to Simpson.

“Today, we have our water cooler moments at home sitting on the couch in our pyjamas with everyone else online.”

Simpson added it’s essential for sports brands to give their fans “what they want, when they want it, where they want it”.

“Allow your fans to tell people, and show people what they’re doing and what they’re seeing in the sport. They’re making content for you.”

Simpson cited the Golden State Warriors Twitter account, and the game ritual of Steph Curry to shoot hoops from the corner of the court before every single game.

“The social media team knows this is an interesting piece of content that broadcasters don’t have yet because the broadcast hasn’t started yet,” Simpson explained.

“So the social media team captures that and tweets it out on Twitter to capitalise on that piece of content.

“So if Steph Curry is on your team, he’s done half your work for you sharing that out content for you.”

“Halftime scores of games are tweeted by all sports team in Australia – I could tweet halftime score from couch at home. Take the team with you and tweet something original.”