On Wednesday B&T had the pleasure to be invited to watch a Justin Bieber concert – alongside Kochie, Sam, Jackie O, Kyle and a thousand teary teens – on Sydney Harbour. Being on an island we were unable to escape the hideousness of the music (we were at least 20 years too old!) but still managed to note the marketing genius of the 21-year-old Canadian.

Get ’em young: When most of your market’s bolted-on 15-year-olds then there’s a good chance you’ve got a customer for life.

Make it permissable: Why do gazillions of young girls flock to a Bieber show? Because their peers and their parents allow them to. We’re pretty sure most mums and dads would be happier their teenage daughters scream at Justin than some of the rap artists he constantly name drops. 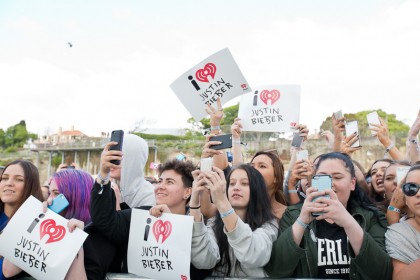 Cool’s gone mainstream: Cool brands used to mean new and exclusive to a few early adopters. But as Apple (and Bieber) has shown brands can now be everywhere and still pack plenty of cachet.

Be “exclusive”: We’re guessing teenage girls scream and cry at the very sight of the Beebs because he’s (A) undoubtedly attractive, (B) presumably single and (C) there’s a presumption on the screaming fans’ behalf that they’re in with a shot with the 21-year-old. Brands need to find that one-on-one connection with customers too.

The internationalist: Justin’s music may be bad but it translates globally. Better to be crap and sell worldwide than be super cool and seen by nobody.

Find Jesus (or some other well meaning cause): As Justin knows, you’ll get far more followers if you’re clean, green and seen to be doing the right thing. Justin’s fan base are socially aware and he’s manoeuvred “Brand Bieber” to match.

Steal, steal and steal some: Young Justin cites Dr Dre, Will-i-am and some other rapper we’d never heard of, and that’s because his own music’s all a bit banal and vanilla. No need to be unique if you’re openly stealing from and hitching your own wagon to some of the best now, is there?

PR, PR and PR some more: Beebs may have only been playing to a 1000 people on that island but the whole thing was going to millions via Sunrise and Kyle and Jackie O. A bad social media experience is going to be far more damaging than a bad in-store experience. 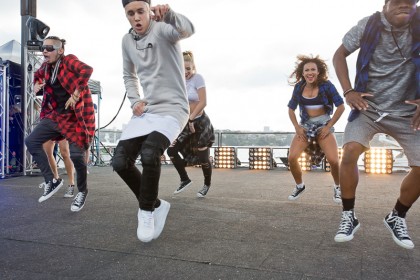 Proven success (often) beats originality: There’s nothing Justin does that 1000 others don’t. You want the middle ground, you want the masses and you certainly don’t need to re-invent the wheel.

Surround yourself with pros: Can’t dance that well? Well, nothing some very good (and attractive) back-up dancers won’t take the attention off. Same with your marketing, social media or any other pillar of a business, really.

A crisis can make the perfect marketing opportunity: Caught doing cocaine with a monkey? Yes, you made a mistake. Yes, you’ve learned your lessons. Yes, you’re a bigger, better, improved person. Lesson? If your brand fucks-up admit it and admit it loud.

You can polish a turd: Product ain’t that good? Nothing a bit of smoke, mirrors and a well-polished spokesman out the front can’t fix.

Sex (continues to) sells: It’s the oldest marketing trick in the book, but pretty people can still sell a turd. Beeb’s music just ain’t that great but it’d be a whole lot worse if it were sung by a fat, bald 40-year-old!