A prominent Egyptian television host has been sentenced to a year of hard labour for interviewing a gay man live on air.

Mohamed al-Ghiety (pictured below) was given a year in prison after he hosted an interview with an unidentified homosexual sex worker on the broadcaster LTC TV. 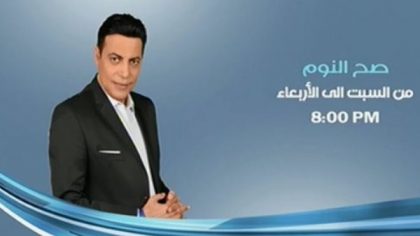 Al-Ghiety was fined 3000 Egyptian pounds ($A235) alongside his jail term for “encouraging immorality and promoting homosexuality and contempt for religion” for a segment that aired last August.

During the interview, the guest, whose face was blurred to protect his identity, revealed he was a sex worker and openly discussed his relationship with men.

Ironically, al-Ghiety had previously spoken out against homosexuality and had publicly voiced a number of homophobic views.

Homosexuality is not illegal in Egypt, however, authorities have been cracking down on it with increasing numbers of the country’s LGBT community arrested on charges of “debauchery”.

In September 2017, police arrested dozens of people after they waved an LGBT rainbow flag (see main photo) at a Cairo concert that was aired on live TV. Following the incident, the Supreme Council for Media Regulation banned homosexuals from appearing on any of the nation’s media.