In this guest post, Orange Line’s SEO manager, Bruno Rodriguez (pictured below), argues that in light of Facebook’s recent woes it may be time for marketers to look elsewhere and offers his advice on alternative platforms…

For the last few months, Facebook has been hit by the perfect storm. The aftermath of the Facebook Analytica scandal has seen brands such as Tesla, SpaceX, Playboy and JD Wetherspoon deleting their accounts on the platform. Many more brands such as Mozilla, Sonos and Pepboys have paused advertising on the platform. It points to the two biggest issues that marketers face with Facebook as a platform: its declining organic reach and growing privacy concerns from users and regulators. 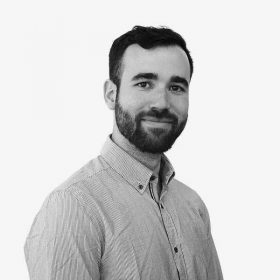 Facebook attempts to provide an experience more focused on friends and family and promote paid advertising has seen the organic reach of brands go down, with the latest serious drop in in January. Whether this change is good for the platform and its users remains to be seen, but brands and publishers have undoubtedly suffered.

Buzzsumo 2018 Content Trend analysis shows Upworthy’s total shares fell from 90 million per month in 2015 to 10 million in January this year. Buzzfeed went from 60 million shares to 15 million in the same time. Some studies show pages losing an additional 34 per cent organic reach since the update.

By progressively transforming it into a walled garden, Facebook is becoming increasingly competitive and expensive for brands to compete for users’ attention. Nonetheless, brands are more than willing to do so, as Facebook’s 50 per cent YoY advertising revenue growth, partly driven by the unstoppable growth of Instagram, shows.

This is relevant for Facebook’s second issue: privacy. The network has tried to address some of these concerns by shrinking audience size data and removing the size of custom audiences, removing partner data, call and text data and limiting access to its API. On top of this, Facebook is working on new communication guidelines for advertisers, creating some new limitations on what can be expressed through ads.

Facebook’s audience size hasn’t change, which makes it a great tool for reaching 2.1 billion active users. Nonetheless, shrinking organic reach and segmentation/communication options will likely have an impact on brands KPIs. This, in combination with an increasingly competitive ecosystem, may see brands add other platforms to their marketing mix.

What are the alternatives?

Instagram: Part of the same company, but growing at a much faster rate (23.8 per cent growth in 2017) and hitting the 800 million mark at the end of the year. Instagram is a great way of engaging with a massive and really engaged community while having access to some of the most sophisticated ad tools in the market. New products such as Instagram shopping and augmented reality might make the platform even more interesting for brands.

Pinterest: This visual network has been growing quietly but consistently, to the point where today it sends almost as much referral traffic as Facebook according to Shareholic’s 2017 report. This growth is driven by more than 200 million users pinning 100 billion times per month and a company heavily investing in innovation, with promising products such as Pinterest lens, Shop the look and buyable pins.

LinkedIn: The professional platform surpassed the 500 million user mark at the end of 2017, growing 100 million users in just one year and generating $1.3 billion in revenue for Microsoft. While the platform offers great opportunities for B2B brands due to its professional nature, its recent popularity and changes introduced such as adoption of native video content, have transformed LinkedIn into a media platform in its own right. Some of its advantages include extremely detailed education and work data combined with a more polite environment for brands. Opportunities that companies such as KLM Royal Dutch Airlines, General Electric and Philips are benefiting from this new format for B2B.

Twitter: While the death of Twitter has been predicted for the last few years, it is still strong with 330 million active users, a 12 per cent YoY increase in daily active users and an effort to transform it to the destination to know ‘what’s happening right now’. This push, that includes more personalised experiences and real-time video, has increased revenue and put the company in the black for the first time.

Messaging and notifications: Sometimes called dark social, links shared through text messages, messaging apps and notifications are becoming more and more common. As people rely less on social for content discovery, this has opened up new opportunities in the form of content sharing and browser and mobile notifications, withbrands such as Sephora or USA Today experimenting and driving engagement with their audiences. Hubspot’s research shows that mobile notifications and slack are two of the main channels where users discover news.

Search: Last year saw search overtake social traffic for the first time since 2013 putting search, once again, as the main driver of web traffic. Search is fundamental for brands not only to adjust in what social channels they spend but to continue focusing on measuring return by channel and balance budgets between social and other mediums such as email, SEM and SEO.

While these are platforms are showing real potential for brands to diversify their digital strategy, organisations need to understand where is their audience, how to reach them and what their goals are beyond attention and engagement.