While many brands are all about story-telling and plundering through its marketing to outdo its competitor’s story, Oliver Lynch, head of brand and marketing at Westpac, said in reality, there are only seven story-lines a brand is able to tell.

Speaking at ADMA’s marketing technology event, TechMix, in Sydney last Friday, Lynch outlined how storytelling was the original form of mass communication. It was there before the printing press, before the written word and before any kind of technology. It is ingrained in numerous cultures throughout history.

“Brands picked up on this quite some time ago,” he told the audience. “Advertisers in particular really started embracing the idea of storytelling and since then you can just image all the great stories that have been told, the David and Goliath story of Apple versus IBM, Dove’s quest for inner beauty, and all these amazing stories that marketers have used.”

And yet, Lynch said there are only really seven plot-lines brands can tell, he said, taking the audience through all options.

Star Wars was the prime example of this kind of plot line, and Lynch explained how Virgin airlines in the UK used this plotline a few years back against its competitor, and at the time not the best with its reputation, British Airways.

“Virgin were absolutely taking on this villain that was British Airways,” said Lynch.

When the giant ferris wheel structure in England’s capital, the London Eye, was first being erected, there was a kerfuffle and the structure wouldn’t stand up. As British Airways was a sponsor of the London Eye, Virgin flew a balloon over the scene where hordes of press were gathered, with the statement: “BA can’t get it up!” 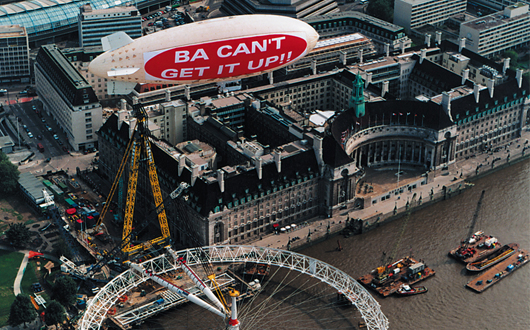 “This doesn’t get use as often by marketers,” said Lynch, “but I think when it does it can be incredibly powerful.”

Volvo was the prime example in Lynch’s explanation when a few years back the car manufacturer decided enough was enough and poked fun at itself. The brand took a brave move a few years ago “to laugh at this problem they had about being so conservative and safety centric”.

“They laughed at themselves and kind of through that managed this state of rebirth.”

This storyline probably doesn’t need much of an explanation. However, Lynch reckoned this is the lazy way of marketing. “It’s almost where we end up as communicators when we’re being a little lazy. It seems the easiest one to fall back on.

“But of course, there are some incredible campaigns there as well.”

From a film perspective, not much can beat Lord of the Rings in terms of the ultimate quest. And when this plot is done well for brands, Lynch suggested it is probably one of the most powerful.

Brands such as motorbike brand Harley Davidson have used quest, even though Lynch said he wasn’t quite sure what the quest itself actually was. 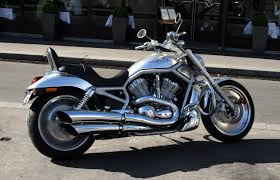 “But it’s probably helping middle-aged white guys to rediscover their masculinity or something along the lines of that. But they’ve certainly got this amazing quest.”

The story of a tragedy isn’t something most brands would want to associate themselves with, said Lynch, but when used, it tends to end up as some kind of public service announcement.

“This is where someone goes out into the scary world, takes a brave move and comes back and learns as a result of it.”

The story of Johnnie Walker is a prime example of this storyline, said Lynch, and probably one of his favourite pieces of content.

“This is again a very powerful storytelling technique from a brand perspective,” said Lynch. Using the car brand Chrysler as an example, Lynch explained how the below clip actually uses the exact same plot as Cinderella.