Online publishers are cottoning-on that audiences are increasingly shifting their viewing habits to mobile and agencies can no longer see ads on phones as a last-minute ‘bolt on’.

That was the view of a round table of digital industry heads at this week’s IAB Mobile Landscape Presentation in Sydney.

Hunt, who admitted she’d been in the industry long before the advent of the iPhone, said clients would book an ad and be given the digital or mobile offering as a freebie.

“Now there’s a real value attached to mobile,” Hunt agreed. “Two or three years ago mobile was an add-on and it would be the first thing to drop off a brief and now a lot of them are genuinely mobile firsts.”

It was only up until recently that all the best digital creative was saved for desktops and creative for mobiles was merely an afterthought of many agencies, Hunt said.

“It used to be the smaller the screen got the shitter and shitter and shitter it (the creative) got, but I think we’re starting to see some really cool stuff happen in the mobile space,” Hunt agreed. “Creative agencies are really owning that process rather than them just saying ‘here’s our desktop assets or our outdoor assets can you create a mobile ad out of it’. We’re really starting to see a seismic shift in that.”

Mi9’s director of specialist sales, Ben Campbell, agreed that it was exciting to see mobile revenues catching-up with audience numbers and said Mi9 was working hard to “rejuvenate the NineMSN work properties to be more responsive to a mobile audience”.

Campbell agreed that, from a sales perspective, mobile needed to be packaged so one piece of creative could run across a number of screens rather than selling it as a “separate bolt-on”.

“I don’t think the mobile banner has really helped as a format,” Campbell admitted. “It’s not a great experience, really. I think a better solution is something like an Mrec where you can have one piece of creative that can run across desktop and mobile, that’s actually a really good thing for marketers and means they don’t have to invest too much into mobile creative and have campaigns that can run across different platforms.” 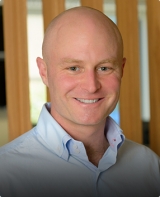 Ben Sharp, managing director of audience targeting firm AdRoll, believed the biggest boost to mobile over the past year or so had been Facebook opening up more native ad formats in its mobile news feeds and allowing them to be used for more dynamic creative.

“A client can now build one piece of creative that can appear on your desktop news feed and the exact same format can be used on their mobile news feed and can be personalised to their audience. That’s created a massive shift in the market and Facebook has become so ubiquitous but shifts like this have really changed the game for everyone in the mobile space,” Sharp said.