As CEO of the Australian Grand Prix Association, Andrew Westacott’s in charge of bringing us this weekend’s MotoGP from Phillip Island and the Melbourne F1 in March and, he admits, he often gets asked what he does for the rest of the year.

Speaking in the October-November edition of B&T out this week, Westacott says his job’s as much about promoting Melbourne and Victoria as it is running two two-hour annual bike and car races. And his bosses – the politicians – make sure they get a return on the taxpayer’s buck. 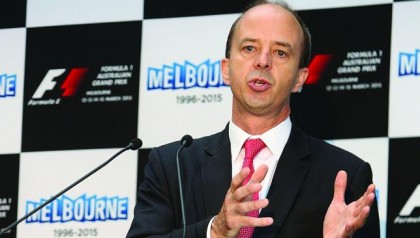 “The reputation’s not just the sporting event; the bigger pressure is making everything about the event world-class. It’s not just about making Melbourne proud, but every Australian proud, too; whether they like motorsport or not.” he said.

“The unique thing about F1 and MotoGP events is that they only come around once a year and the job is to make sure you sell the events, market the events, design the events so they’re absolutely new and fresh on an annual basis. We research it, we review our customers, we do one-on-one focus groups and that’s to ensure it’s better, more exciting, better value for money and we go out and steal ideas from any event we can,” he said.

Westacott also acknowledges that a lot of people hate what he does; the F1 particuarly copping a lot of derision as a huge burden on taxpayers as well as the interruptions it has on the city.

“I acknowledge that motor racing’s not for everybody. It’s a polarising sport unlike, say, the Tennis Open or the Melbourne Cup. But you also have to remember Melbourne hosts the opening race of the (F1) season in what is the most watched single sporting event in the world. It’s a proven branding and economic benefit to the state. Melbourne’s the sporting capital of the world and I think that’s due to the Grand Prix,” he said.

Read more with Andrew Westacott in B&T’s sports marketing feature in the current edition out now.