Despite falling interest, declining tickets sales and Sydney even trying to nick it, the Melbourne F1 remains one of the nation’s preeminent events and arguably one of the top three races on the global F1 circuit.

That’s the view of Steve Madincea (pictured below), CEO of the London-based PRISM (part of WPP), a marketing company that specialises in, amongst other things, hooking brands up with F1 teams and drivers. 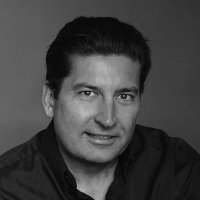 Madincea is in Australia for Sunday’s annual petrol-head festival around Melbourne’s Albert Park. One of the main reasons for Madincea’s visit was to announce a partnership between the Red Bull F1 team and famed British marque Aston Martin. Chief technical officer at Red Bull, the legendary Adrian Newey, is to design a supercar alongside Aston Martin rumoured to come with a $US5million price tag and limited to just 30 lucky drivers worldwide.

This year Melbourne celebrates 20 years of hosting the F1 and Madincea – a seasoned veteran of the F1 circuit – says the organisers are “doing a pretty bloody good job quite frankly”.

“When I travel around the world in F1 circles, whoever you talk to be they journalists or captains of industry or the teams, if you say, ‘Pick your favourite three races’ Melbourne will always be in it. Always,” Madincea told B&T.

“And you’re right, in terms of the track itself, it’s nothing special. So it has to be more to it; it’s the city, it’s the event, it’s how well it’s run, it’s the fans, so that’s where you have to give Melbourne a lot of credit.

“For brands and sponsorship, particularly from a global perspective, the F1 remains the top event in Australia.”

But what about F1’s perceived blokey culture? Madincea agreed that it can be a problem but is an image the that the governing body has worked hard to rectify over the past few years.

“But take football around the world, it’s still very male-skewed. But yes, F1’s not as good at other sports like, say, tennis that has far more female fans. Yes, F1 does have more work to do, but I’d say its biggest problem – like most sports – is attracting the new, younger generation of fans,” he said.

Madincea says in these more parsimonious times when brands a looking for more for less, F1 can give the exposure without the price-tag of a worldwide advertising campaign.

“F1’s always been expensive (for brands to be involved with) but I think if you know your way around F1 you can get substantial returns. Do brands want a global advertising campaign and a costly TVC that goes with that? Or you can do it far more efficiently by backing teams or drivers.

“Formula One – because it’s a global sport – allows brands to target key markets. And now with China coming on it’s an even more engaging platform for brands. It can cost pennies and the dollar versus a global advertising campaign. F1 can be a non-brainer for a lot of brands,” he said.

Madincea agreed that data and ROI meant many CMOs – particularly for the big, global brands that pay mega bucks to sponsor F1 – wanted to see how their spends were translating to sales.

“CMOs are far more data driven and ROI and ROO concerned than ever before,” he said.

“So if you can’t bring them a solution that isn’t data-supported and isn’t strategically grounded you can’t even get into their office. CMOs want a business case, that’s their language, that’s what they speak about; you have to give them a compelling argument.”

Love everything sports? Make sure you come along to our Ministry of Sports Marketing conference!