New snack food and confectionery data from Roy Morgan shows that potato chips and corn chips are the favoured snack foods for parents with children under eighteen, with most mums and dads purchasing them every two to four weeks.

The data shows that potato chips and corn chips are the most popular snack of parents as a group. Next comes savoury biscuits and crackers, chocolate blocks, chocolate bars, and lollies and sweets.

Proportion of Australian parents who purchase snacks and confectionery 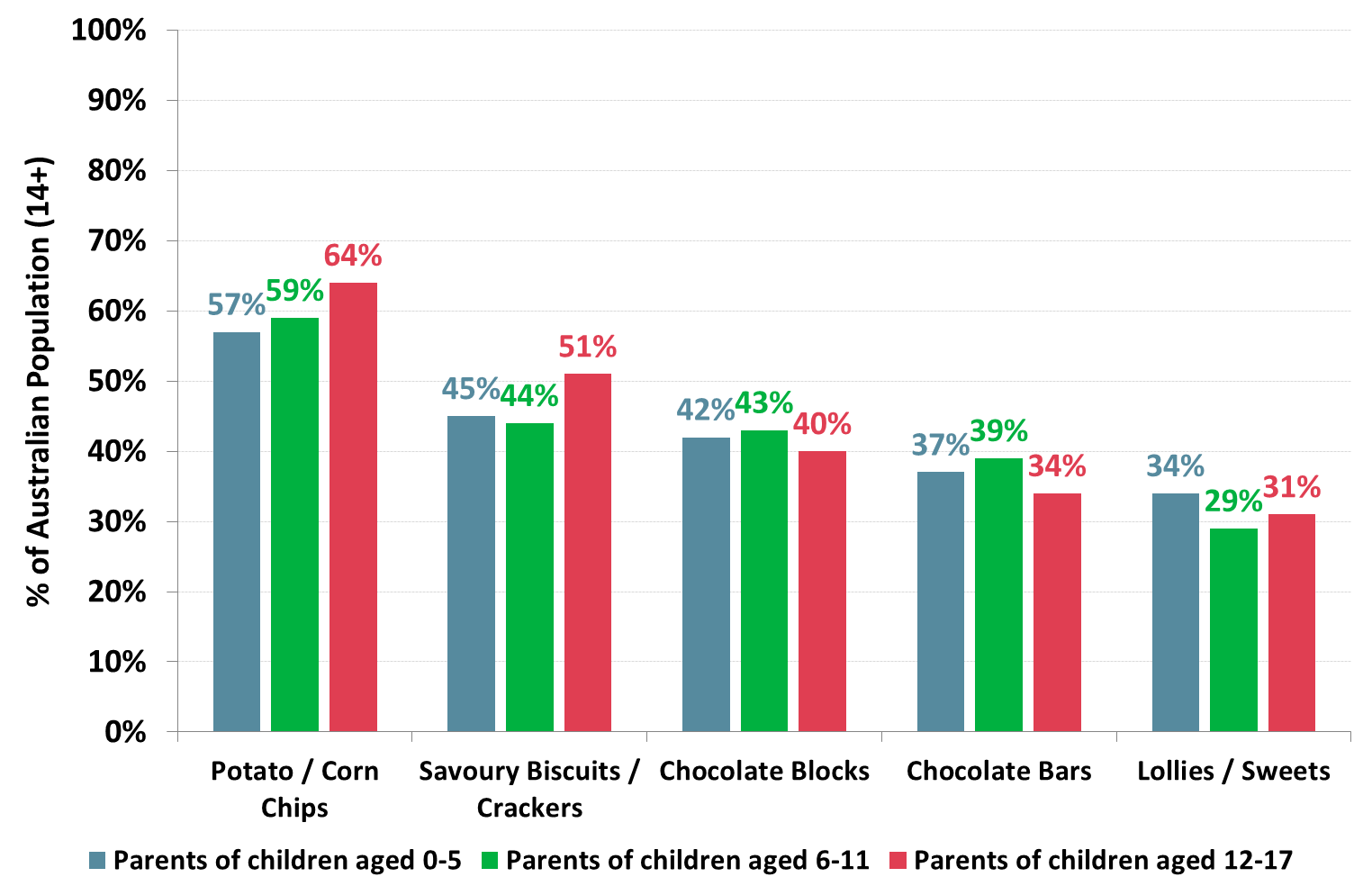 However, there is a salty/sweet preference split depending on the age of the children in the family. The group with the highest proportion of potato chip and corn chip buyers was parents with children aged 12-17, with 64 per cent purchasing these snacks in an average four weeks and 27 per cent buying these more than three times a week. This group also led the savoury biscuits and crackers category (51 per cent).

Levine commented: “Resisting snack foods at the supermarket is difficult enough at the best of times, but given that many children have been accompanying parents during recent shopping trips, it’s likely households are well-stocked with snacks.

“A higher proportion of parents purchase snack food compared with the Australian population, but as we see, the proportions differ depending on the age of the children. Parents of teenagers are the largest chip and biscuit buyers, parents of primary school-aged children top both categories of chocolate snacks, and parents of toddlers head for the lollies aisle,” Levine said.