A new study has revealed what many people over 35s have long realised – when it comes to working with them, even the Millennials (those aged 18-35) admit they can be – how do we say this? – a little work-shy.

The study by YouGov polled residents in APAC countries (Australia included) and found that the stereotype about the Ys shirking it around the office could well be true. 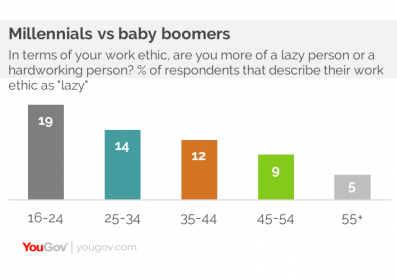 It found young people are four times more likely to describe their work ethic as lazy. While a fifth (19 per cent) of 16-24 years admit to having a lazy work ethic, while only five per cent of those over 55 believe themselves to be lazy.

According to the report, Australians (of all generations) are the most likely to see themselves as hardworking among all APAC respondents; with four-fifths of respondents (79 per cent) believe that they are hardworking in the workplace. 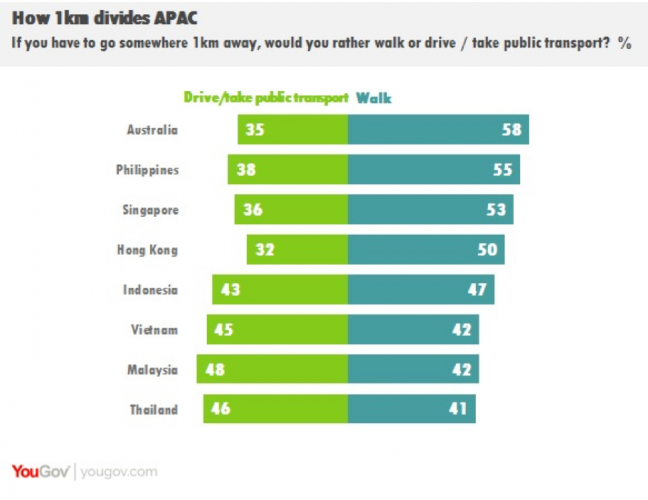 YouGov also tested just how lazy workers were by probing the point at which people would opt to take the elevator over stairs. Although 92 per cent of respondents claim that they would opt for the stairs rather than an elevator to ascend by just one floor, nearly two-thirds of those polled (63 per cent) confess to having taken an elevator to do so in the past.

Five floors is the cut-off point where most people would rather take the elevator stairs. More than four-fifths of the those polled (83 per cent) would opt for the elevator at this point, nearly double the number that would take the elevator to travel three floors (46 per cent).