A new study has found that 52 per cent of Australian consumers make their purchasing decisions based on a brand’s stance on social or political issues.

The study was commissioned by PR firm Hotwire and conducted by Enero’s The Digital Edge in June 2017, the survey garnered responses from more than 1,500 Australian consumers aged between 18-74. 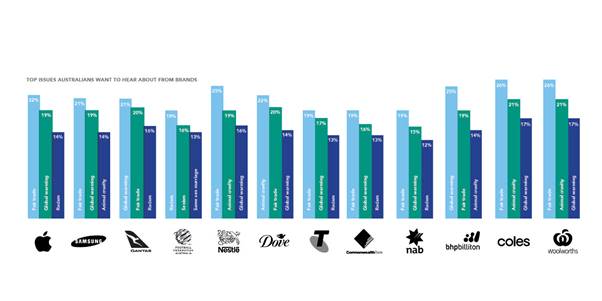 According to the survey, the top three social and political issues that have the greatest impact on consumer purchasing decisions are:

Furthermore, 23 per cent said they are less likely to purchase with a brand who had misaligned views with their own, and a further six per cent said they’d also discourage their peers from buying from that brand.

Considering overall responses, older respondents were indifferent to brands taking a stance on social or political issues in comparison to younger respondents who had a tendency to buy from brands based on value alignment.

Hotwire Australia’s Country Manager, Mylan Vu, said, “With more brands joining political discussions on topics from fair trade to racism, it’s important to recognise how this will resonate with consumers and their purchasing decisions. While more senior generations are preferring brands stay out of political debates, millennials – our future business, economic and political leaders – are wanting brands to engage more and will actually change how they spend their money accordingly. Brands without a stance on core political and social issues need to get off the fence if they’re interested in engaging with and making money from future generations.”

Consumers are also interested in hearing about certain issues over others from particular brands. For example, 25 per cent of Australians are interested in knowing BHP Billiton’s stance on global warming, while over 1 in 5 want to know Apple’s (22 per cent), Samsung’s (21 per cent), and Qantas’ (21 per cent) stance on fair trade.

Overall, one in four Australians would like to know a brand’s stance on sexism (26 per cent) and same sex marriage (23 per cent).

Lee Naylor, managing director for The Leading Edge Asia Pacific, said, “Given all the talk about how to appeal to millennials, it will become more important for brands to connect with them on issues that they feel strongly about. This will be a difficult balancing act to get right and will prompt a backlash if seen as disingenuous.”