Ogilvy PR Australia’s strategy and planning manager Laura Stoll (pictured below) has just arrived home from SXSW. In this guest column for B&T, Stoll examines the new technologies on show at the famed festival and what that it means for advertising’s storytellers…

When I heard I was going to SXSW in Austin Texas my mind pictured a conference centered around technology, innovation, music and film; hearing from some of the world’s most influential minds at the forefront of innovation and technology, watching world premieres of big-name and small-indie movies, and dancing to the tunes of festival headliners and up-and-coming artists. 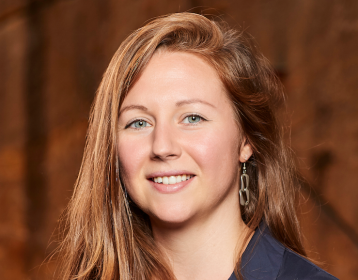 After completing my first SXSW, it’s clear it’s is so much more than that. It’s about the people you meet, the connections you make and the experiences you have.

The festival’s core theme this year – the need to ‘live stories’, not just tell them, will stick with me.

Storytelling is the ultimate crowd-pleaser. Everyone wants to be engaged, loves a distraction and enjoys getting pulled into a different world. To tell a story is to share insight into a new world, and to experience a good story is magical.

SXSW did that in spades.

Let’s take the recreation of HBO’s hit TV show Westworld as an example. From the characters to the narratives and the set design, the show’s town of Sweetwater came to life, rightly awarding it to be the must-see activation at the festival. In Westworld a futuristic park is looked after by robotic ‘hosts,’ allowing its visitors to live out their fantasies through artificial consciousness. This interactive experience Live Without Limits Weekend simulated this idea through and through, apart from the ‘hosts’, which were played by real people. However, I feel we’re not far off from the idea of an interactive park full of robotic hosts!

SXSW is known for its lavish and over-the-top brand activations, but this has been dubbed as a significant step up from past experiences. Overall, it was a completely immersive experience, with amazing dedication to craftsmanship and character – no detail was too small. This experience clearly took time and money to create, of which we may not always have the luxury to do or have. With the age of immersive storytelling well and truly upon us, what can communicators do to action this today, tomorrow and into the future?

New technology has opened up exciting avenues for immersive storytelling.

Visionary storytellers like Nonny de la Peña, among others, shed light on the fascinating developments made in this space. Widely known as the ‘Godmother of VR’, Nonny made a strong case for embracing a new generation of storytelling tools for journalism and documentary experiences. Her short 5-minute film ‘Kiya’, is a piece of re-enactment-based VR journalism that brings to life the story of intimate partner violence. It evokes strong emotions, gives an exclusive look into the lives of people in a unique way with a powerful call to action. While Kiya is a US-born creation, it could be used as an education piece worldwide to help raise awareness of the problem and put a stop to the trend of domestic violence.

Another VR example from Nonny and her team at Emblematic group is Greenland Melting. This used photometric capture to create a trip to Greenland, combining thousands of photos for an immersive icy landscape. The main message of the film – that glaciers largely melt from below the water, not above it – is achieved via a clever manoeuvre: instead of forcing viewers to be submerged, it drops you right above the water. Your instincts for exploration take over, and you get down on one knee in order to look below the surface. It’s the audience’s own choice to learn the cause of the ice melt on Earth, which psychologically ties you to the material. It’s a subtle cue to your brain that even though climate change is almost too big to contemplate, this is likely the greatest existential threat facing humanity.

Placing you inside the story, not just to watch it but to feel it, has important value on very sensitive topics. A Nielsen study found VR to be a powerful tool for creating emotionally engaging brand experiences. The research used neuroscience technology to compare user response to the same content presented in three distinct mediums: VR, 360-degree video on a flat surface and 2D. VR received a 17 per cent higher emotional reaction than flat 360-degree video, and a 27 per cent higher reaction than 2D.VR content was also engaged for 34 per cent longer than 2D, and 16 per cent longer than 360-degree video.

So, what lessons will I bring home? In short, storytellers like journalists and communicators need to lock arms with technologists and people who understand brain data. Then find a story that can be enhanced using AR or VR, but this technology doesn’t have to be a huge investment – it can start with an Insta Nano 360 device to capture the footage coupled with an image stitching software to stich up the images.

The next step would be to develop and launch the story on an appropriate medium; be it an existing app (lowers the barrier to entry) or at a relevant showcase such as a brand activation or a festival. This is likely going to be a test and learn project, for now, and measurement is key. This example from USA Today transports audiences to the USS Eisenhower aircraft carrier during the biggest combat training exercises in recent Navy history. The team at USA Today looked at metrics like engagement time and retention, specifically at how far the audience went into the story. They’ve applied learnings from this project, launched at the start of last year, to their more recent project called The Wall: Unknown Stories, Unintended Consequences.

The Wall, which examines President Trump’s signature campaign promise to build a wall along the border with Mexico, is a multi-media experience encompassing virtual reality, bots, aerial and 360-degree video, documentaries, photos, podcasts, LIDAR data, exclusive reporting and an upcoming long-form film. It brings the stories of the region to life, combining the effort of more than 30 reporters, photographers and videographers to provide a comprehensive understanding of the proposed wall, those who will be affected by it, and all of the issues surrounding it.

At the end of the day, new technology to enable immersive storytelling is here so we need to start exploring the various ways that we can incorporate this into our businesses. Just remember, it all starts with a strong narrative, which is essential to the success of any story.