A British liquor retailer has banned Christmas songs in its outlet this year for fear a constant repeat of Mariah’s All I Want For Christmas Is You could cause staff to go insane.

The York Gin shop in the historic northern England town of York has said a definite “no” to in-store carols this year for the sake both its staff and its customers’ sanity.

According to the store’s director, Emma Godivala, modern-day carols don’t suit the decor of the historic 16th century Tudor building. 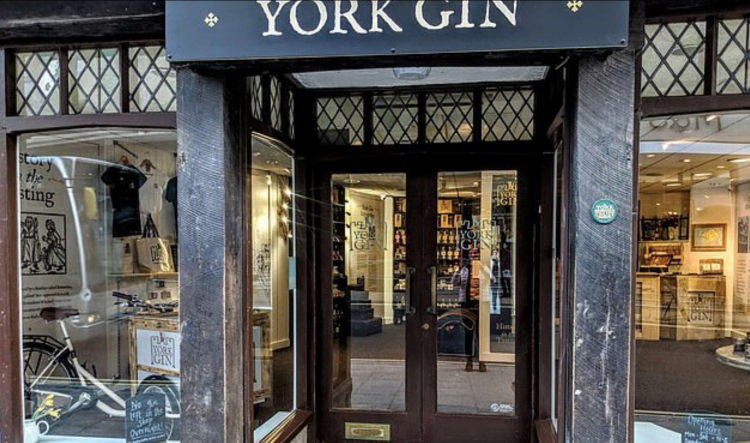 “We do love Christmas, but we want our gin shop to be a cheese-free zone,” Godivala told the UK’s The Metro.

“We’ve tested lots of songs to see which sound okay and which sound weird. And there’s a cut-off in the 1960s. Anything after that has been banned.”

“Our lovely team are happy with the decision – they say lots of other shop staff are already going stir crazy with the same Christmas hits being played on a loop,” she said.

However, the store won’t be completely a festive-free zone. Management saying that carolling classics from the likes of Bing Crosby, Frank Sinatra and Ella Fitzgerald will still be on the in-house stereo.

In other Christmas store news, infamously overpriced department store Harrods, in London’s posh Knightsbridge, has caused a ruckus after management decreed that only kids’ parents that spend over £2,000 ($A3750) can sit on Santa’s knee in the department stores’ famous grotto. 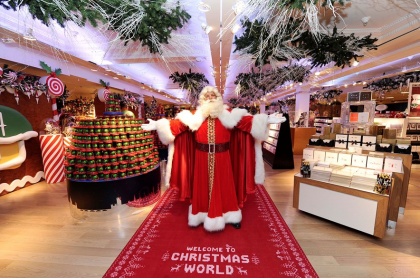 Harrods has partnered with with diamond firm Swarovski to make a Secret Forest Grotto with a snow-covered woodland to “leave little ones mesmerised by the magic of Christmas”.

But kiddies will only be able to visit Santa’s if their parents have spent enough in the store to be rewarded the “green tier” on their Harrods’ rewards card.

A store spokesman added: “The Harrods Christmas Grotto is offered by invitation only to Harrods Rewards customers in recognition of their loyal custom throughout the year.”

Such is the demand to sit on Santa’s lap at the world-famous store, Harrods had previously charged kids £20 ($A37)  for the privilege. The store argued the charge was necessary due to the “overwhelming demand”.

In further Harrods news, the store has also been shamed for selling a £400 ($A750) Christmas stocking lined with real fur. Customers calling the item out as “tacky”, “cruel” and “out of touch”.

A description of the stocking on Harrolds’ website described the item thus: “This stocking is topped off with a sumptuously soft fur detail ensuring a luxurious touch every time you reach inside it.

“The classic profile is finished with a knitted check pattern, guaranteeing that this design will effortlessly find its place into a modern house decor.”