Not everyone is warming to Sports Illustrated’s attempt at female empowerment in its latest Swimsuit Edition amid calls for a reader boycott.

As reported on B&T yesterday, the famous annual bikini edition launched this week with a heavy dose of “girl power” which, was hardly surprising, given the current social climate. 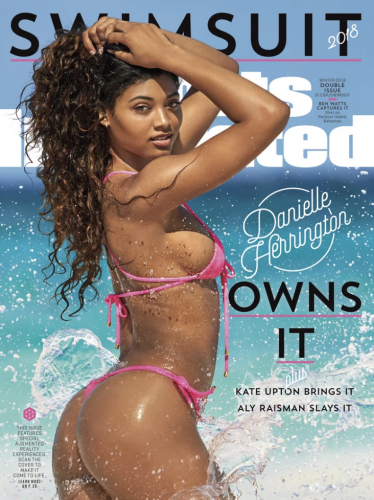 The edition, which was edited by an all-female team, featured just about everyone playing to a very PC playbook. A black cover star, a paralympian, an abuse survivor and a plus-sized model all featured. And, yes, it still had the full swathe of stunning supermodels gadding about on a Caribbean beach. 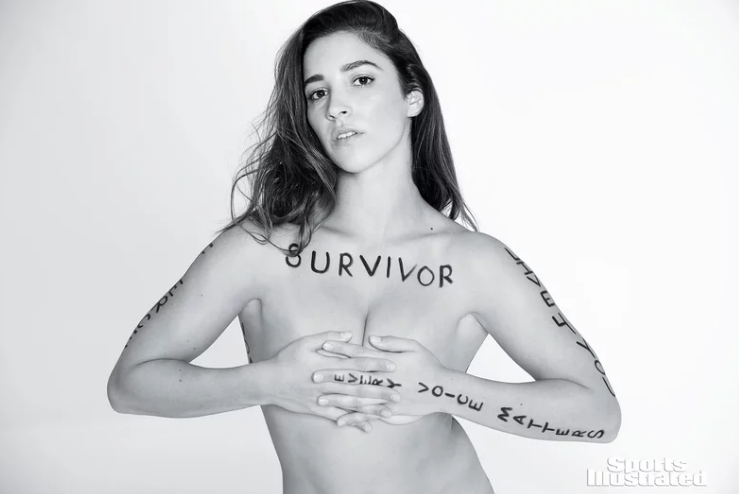 The edition also had a number of personalities photographed naked with inspiring messages painted across their bodies. The image above is of gold medal winning gymnast, Aly Raisman, who was sexually abused by USA gymnastics doctor Larry Nassar who has just been sentenced to 175 years in prison for his crimes.

However, the magazine is now being accused of trying to exploit and hijack the #MeToo movement by, ironically, using women in skimpy bikinis.

Yesterday, the US’ National Centre On Sexual Exploitation was calling for a boycott of the edition and calls for it to be banned from major retailers including Target and Walgreens.

How the boycott will go is anyone’s guess considering its market is primarily men.

In a statement, the Centre’s executive director, Dawn Hawkins, said: “The Sports Illustrated Swimsuit Edition tells women and girls of all ages that no matter how many years, or how much blood, sweat, and tears you put into reaching the pinnacle of athleticism, your value as a human being still ultimately hinges on your sex appeal.

“SI Swimsuit tells men of all ages, backgrounds, and demographics that you are entitled to gawk at women and girls as sex objects for your viewing pleasure.

“This message is so pervasive and so insidious that countless talented, strong, courageous women are convinced that they have to bare their bodies for untold numbers of unknown men to ogle and rate in order to feel empowered.”

Hawkin’s comments have been supported by a number of leading feminists who are upset by bikini-clad women being used to represent empowerment.

Author Ella Dawson tweeted: “I don’t have enough patience left in my brain to coherently express everything wrong with Sports Illustrated framing its swimsuit issue as ‘empowering’ and in line with the goals of #MeToo.”

While Krista Wiegand said: “Here’s a thought, why not do the SI swimsuit issue with powerful athletes not posing in a male-gaze kind of way? Like the Body Issue? Like women can be proud of and show off their bodies without looking like objects.”