The 8th annual Web 3.0 Conference due to be held in Perth on the 8th and 9th of August has been slammed for promoting a list of speakers who had no idea they’d even been asked to present.

The two-day conference, organised by Sydney-based IBR Conferences, came with a hefty $2500-a-head price tag and promoted a line-up of social media stars, both local and overseas, from such companies as Twitter, Foxtel and Microsoft. 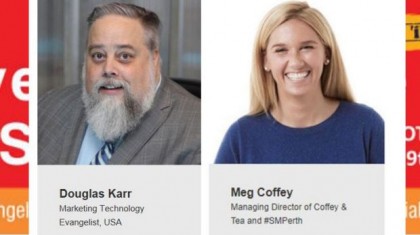 One speaker on the list was Meg Coffey the managing director of Perth-based social media marketing firm Coffey & Tea. However, when Coffey contacted other listed speakers only to discover they had no idea about even the conference itself, Coffey contacted WAtoday to raise her concerns.

A WAtoday investigation later revealed that of the 11 listed speakers only five were aware of the conference and had agreed to present.

“The more I looked into it the more red flags I saw, and I raised my concerns with them and asked to be taken off the speakers list,” Coffey said.

“I’m worried that this is a bait and switch, that people are signing up for this event thinking they’ll see these speakers and when they rock up on the day it will be something else.

“I understand that like all events line ups change, but when the advertised speakers don’t even know they’re involved then something’s not right.”

The investigation revealed that 160 tickets had been sold prior.

Under it’s own T&Cs, IBR states that speaker line ups for its events may be subject to change.