In her latest column for B&T, Dr Amantha Imber (pictured below), founder of Inventium and author of The Innovation Formula, offers six tips for organisations having trouble kickstarting their innovation drive…

Innovation is a word at the tip of almost every CEO’s lips. However, despite the best of intentions, many organisations are killing innovation. Here are some of the most common mistakes organisations make. 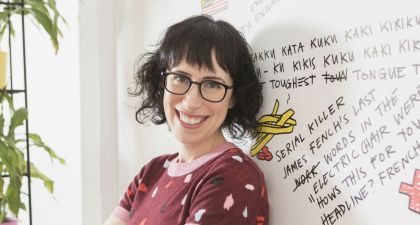 Many people mistakenly believe that innovation starts with an idea. As such, organisations trying to innovate will often start by running lots of blue sky workshops (where any idea is a so-called “good idea”). They may also launch an online suggestion box, calling for all staff to submit ideas.

The problem with starting innovation with ideas is that the customer is generally completely ignored. In addition, open idea generation typically leads to a lot of ideas that are completely off strategy.

Instead, leaders need to focus their staff’s innovation efforts around solving challenges that actually matter and that are based on what the customer values.

At health insurer Australian Unity, senior leaders set “innovation missions” annually, which are areas where the business deliberately wants to focus its innovation efforts. After identifying these missions, exploratory customer research is conducted into where specifically the greatest opportunity for innovation lies. And only after these stages do employees commence idea generation.

Experimentation involves setting hypotheses as to why an idea will add value to the customer and creating a minimum viable product (MVP) – the most basic version of the idea that will still allow for learnings. Experiments can then be set up to test hypotheses using the MVP and based on the results, iterate or change course accordingly.

Contrary to popular belief, most people are not “born” innovative. Instead, the skills to be an effective innovator, such as the ability to identify customer-driven opportunities, generate creative solutions, and experiment with concepts, are skills that are learned.

So instead of hoping for the best with what you have got, invest resources in doing formal training and coaching with staff to improve their innovation ability. This involves training them in how to identify opportunities for innovation, how to be a creative problem solver, and the skills in how to run experiments on ideas that seem promising.

The most innovative organisations recognise that they can improve their innovation output through deliberating upskilling staff in innovation.

A common scenario for organisations is when the company experiences a downfall in revenues, “discretionary spending” is cut and all resources are directed at defending the existing business. While this may appear to be a smart decision in the short term, the companies that go into periods of turmoil and come out on top are those that have not lost touch with the long term and what their future customers want.

A review of the world’s most innovative companies shows that innovation doesn’t get put on hold during times of economic hardship. For example, in 2001 Proctor and Gamble launched Crest White Strips and Apple launched the iPod in the same year that the NASDAQ was down 30%.

Allocating resources strategically means adopting a focus on both existing and future customers and making sure you are in the best position to service their needs, both today and tomorrow.

Think back over the past few years and consider how your performance (and others within your business) has been rewarded when it comes to innovation efforts. Has cash or recognition featured more strongly?

Many universities and researchers around the world have studied pay-for-performance reward systems. In one such study, researchers found that individuals who were rewarded in this manner tended to avoid risky behaviour. People got so caught up in achieving their targets, they focused on repeating what they had done in the past and tried not to do anything that might mess up their rewards.

When people try to avoid risk, creativity is one of the first things to fly out the window. Creativity and innovation, of course, require a degree of risk and often a large number of failures before the breakthrough leap forward.

On the other hand, recognising employees for their achievements and contributions will go a lot further than monetary rewards in keeping staff engaged and increasing their ability and motivation to innovate.

Organisations such as Intuit, the Tata Group and Deloitte hold annual awards ceremonies in which people who have contributed great ideas to the company are crowned Innovator of the Year. Others award an idea of the month and the winner receives a voucher for his or her efforts and is publicised through the internal company newsletter or intranet. And of course, informal recognition is important too.

While the majority of CEOs and their leadership teams talk about innovation, many unfortunately don’t do anything about it. Resources such as people, time and money continue to be allocated to “business as usual” projects, rather than put towards riskier but potentially highly rewarding innovation projects.

Senior leaders working in organisations that say they value innovation need to look objectively at how they are resourcing it and review whether what they say reflects what they are actually doing.

In the world’s most innovative companies, senior leaders walk the talk of innovation. They take an active role in supporting their employees’ innovation activities. This support can take a number of forms, from open door policies through to mentoring innovation projects.