In a world first, sporting superstar Serena Williams has recorded an emotive version of Breast Cancer awareness anthem ‘I touch myself’, as part of an inspirational campaign developed by J. Walter Thompson Sydney, in partnership with Berlei.

Launched to coincide with International Breast Cancer Awareness Month (October 2018), the long-term Berlei ambassador’s first-ever foray into recorded singing will be used across multiple channels in a wide-ranging awareness campaign urging women to ‘touch themselves’ as the best way to stay on top of their breast health.

It is a continuation of the broader I Touch Myself Project launched by J. Walter Thompson in 2014 (see notes at end).

Serena’s 1min20’ version of the song – to be released on social – spearheads the new campaign activity, as a music video directed by Daniel Askill, the Grammy-nominated director of Sia’s Chandelier. A 60’ version has also been developed for TV.

The track ‘I touch myself’ was originally recorded by celebrated diva Chrissy Amphlett of the Divinyls, who passed away from breast cancer in 2013.

Chrissy’s husband Charley Drayton said: “Every day we are reminded of how precious life is and the lives of those for whom we care strongly. It was Chrissy’s passion for life that continues to bring us together.

“Sharing Chrissy’s breast health and awareness message and having Serena, along with everyone who has graciously contributed to I Touch Myself Project team, has been enormous.

“Our pledge to Chrissy was to encourage all of us to look after one another and Serena is someone who has been outspoken on the welfare of all.” 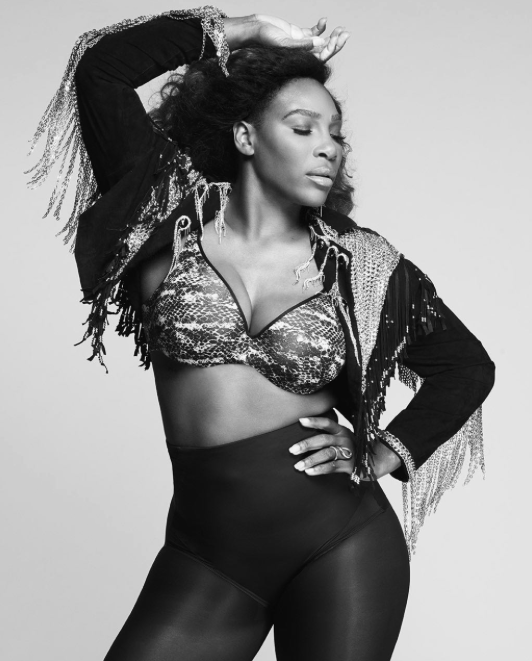 Serena’s recording is supported by other campaign executions include print, outdoor, online, and a microsite, all developed by J. Walter Thompson.

J. Walter Thompson Sydney ECD Simon Langley explained: “Serena is a passionate believer in women taking care of themselves and, although she has never recorded a song before, chose to sing this breast health anthem as a powerful reminder of the importance of self-examination.

“Getting young women to pay attention to a breast cancer message isn’t easy. But grabbing their attention with the things they love is.

“So we decided to start this important conversation by speaking to some of their greatest passions: music, sport and celebrity. And Serena is no ordinary celebrity. She’s a strong, powerful ambassador who is not afraid to stand up and make herself heard on the issues close to her heart.

“We’re honoured to have such an advocate for women’s health take part in this important campaign,” Langley continued.

“Her inspirational voice and strength of character comes through loud and clear on a multitude of channels, and continues the legacy of the I Touch Myself Project that has already helped so many women get in touch with their breast health.”

Named ‘The Chrissy’ after Chrissy Amphlett, the range includes a T-shirt bra which is lined with the words “I Touch Myself” to remind women to examine their breasts for early signs of breast cancer when they are getting dressed each day.

Also available is Post-Surgery Bra, designed specifically for women who have undergone breast cancer surgery. 100 per cent of the profits from the sale of this range will be donated to Breast Cancer Network Australia (BCNA)

As part of the campaign, Williams channels her inner rock chick modelling The Chrissy T-Shirt bra in a range of campaign executions also developed by J. Walter Thompson

Berlei marketing manager Andrea Michelle shares: “We’ve been thrilled to bring together our long-term Berlei ambassador Serena Williams, and the I Touch Myself Project, uniting for a common purpose and to raise money for Breast Cancer Network Australia.”

About I Touch Myself Project

J Walter Thompson launched I Touch Myself Project on the first anniversary of the passing of celebrated Australian diva, Chrissy Amphlett who lost her battle with breast cancer in 2013.

Chrissy was passionate about spreading awareness of the importance of early detection of breast cancer and wanted her global hit, ‘I Touch Myself’, to become an anthem for women’s health around the world.

The 2014 music video reached over 400 million people worldwide and can be viewed here.

In 2016, J Walter Thompson approached Berlei to partner with the project. Charley shared with Berlei the difficulty Chrissy faced when finding a bra post-surgery that made her feel feminine whilst still being practical.

With the choice of post-surgery bras limited for those fighting Breast Cancer, Berlei designed their first rock and roll inspired bra specifically for women who have undergone breast cancer surgery in 2016.

The Chrissy Post-Surgery bra revolutionised the post-care bra options with sexy rock-n-roll designs that are both fashionable and functional, and that better support women emotionally as well as physically during a very confronting time.