Reflect for a moment on the effectiveness or your organisations approach to rewarding and recognising people. How are culture, engagement and performance impacted? Do the Leaders you support successfully influence capability and behaviour through the thanks they give and rewards they provide? Do financial and non-financial rewards inspire discretionary effort and impact upon the standards achieved by individuals and teams? 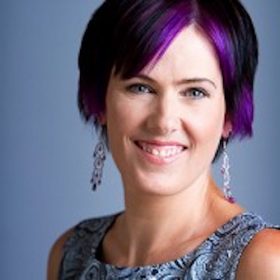 If you’re struggling to extract optimum value for your reward and recognition efforts, you’re far from alone. All too often organisations fail to leverage the full benefit of the investment they make in reward and recognition programs. At the heart of the issue are typically two key factors. A lack of effective coaching from managers and poor design or application of reward programs.

The simple reality is, when leaders actively coach their people they are more likely to be ‘tuned in’ to each individual on their team; that is how they are thinking, feeling, learning and ultimately performing. When leaders adopt a coaching approach, they are entirely more likely to communicate both constructive feedback and praise.

Incentive schemes or recognition programs typically fail due to a lack of alignment between decisions made and the outcomes needed. Take for example bonus programs that fail to reinforce cultural expectations or incentive schemes that discourage collaboration and team success. It doesn’t take long working in HR to come across, for example, the highly paid ‘technical expert’ who continues to earn large bonuses despite their poor behaviour impacting the rest of the team.

The bottom line is people are more likely to strive to achieve the standards required of them, and beyond, if they believe they are fairly recognised and rewarded. When people don’t feel fairly treated, however, they’re entirely unlikely to invest the full strength of their potential in getting the job done. Gallop research spanning four million employees worldwide, presents compelling evidence of the link between reward and recognition, and organisational performance. Benefits cited include improved individual productivity, increased engagement among colleagues and staff retention. Critically, higher loyalty and satisfaction scores from customers, better safety records and fewer accidents on the job were also reported benefits.

It’s not all about money

While financial rewards unquestionably play a role in inspiring a sense of personal value and commitment, far more important are the words of gratitude people need to hear, and acts of generosity they value.

McKinsey & Company research shows that non-financial incentives are more powerful influencers of behaviour than money. Research consistently shows in fact that when people are satisfied with their salaries, non-financial rewards are more effective than more money in building long-term employee engagement.

Making reward and recognition programs work takes a creative approach. While of course there are strategies or initiatives that will work in many instances, far more powerful however are those tailored to your workforce. Look for opportunities to tailor rewards to each individual or team. Adding a personal touch can have a dramatic impact on the extent to which rewards are truly valued.

Keep in mind that the primary objective of rewarding and recognising people is to influence how they feel and in turn behave. To do that you need to know each person and adopt an approach that works for them. Armed with a little understanding of each individual, far more meaningful and therefore impactful rewards can be provided.

While many organisations provide standard rewards or forms of recognition, people often appreciate the effort invested and personal nature of the reward more than the value of the gift itself.  Encourage leaders to think laterally about the benefits people on their team may value and look for ways these can be accommodated.

Think beyond traditional ways of rewarding and recognizing people. While bonuses may form an essential part of your reward strategy, think also for example about ways in which leaders can provide ad hoc recognition of the behaviours and outcomes needed. Tickets to a certain event for example, or a book about a topic the individual is interested in, are far more likely to be memorable than a standard reward everyone gets.

While a certificate of achievement or trophy may well be appreciated in some instances, rewards that demonstrate thoughtfulness or effort are more likely to be valued. Opportunity to attend a course or conference, time off to pursue personal interests, gift cards or vouchers for products or services the individual needs, support services that help people balance work and life are just some of the many ways in which a tailored approach can be taken.