Admittedly, Old Spice is more a brand akin to soap-on-a-rope than it is a fashion label. However, that’s exactly what it’s trying to become in its latest, whacky advertising stunt.

The brand, of course, has become famous in recent times for its hilarious TVCs. Now it’s gone a step further, in, what it must be said, is a unique print experience. 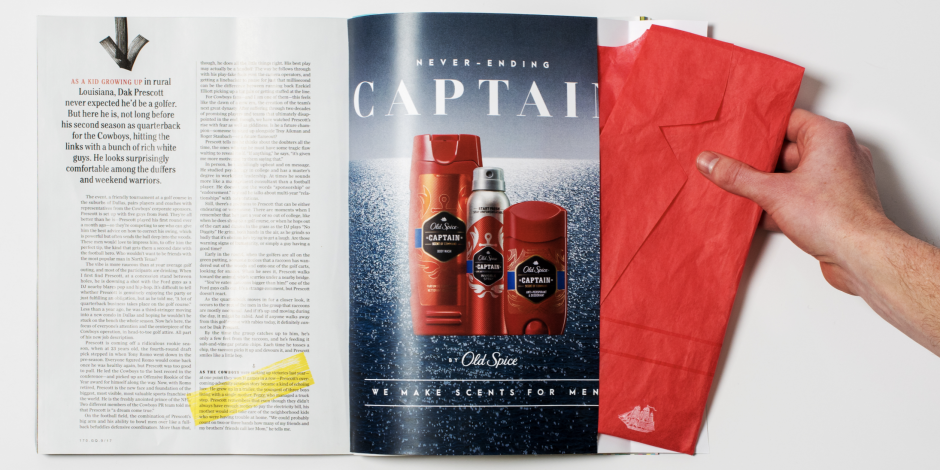 Readers of this month’s US GQ magazine can pull out their very own Old Spice blazer made of paper that smells just like one of the brand’s trusty roll-on deodorants.

The magazine in the US sells around 900,000 copies a month, so it’s certainly a pricey gimmick for a brand that you wouldn’t typically associate with such a high-end title such as GQ.

The stunt’s the work of creative agency Wieden+Kennedy and includes a series of models photographed wearing the bright red fashion essential. 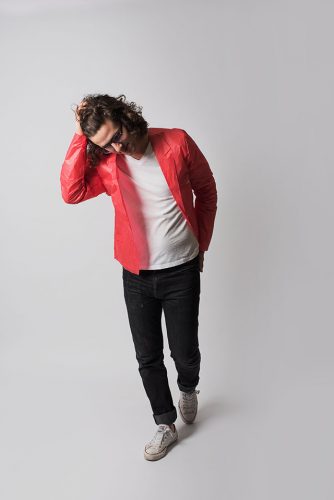 Old Spice said of the campaign: “This disposable paper blazer will be seen on the backs of influencers and fashionistas alike, but let’s not forget our regular guy who will be receiving it in this month’s subscription of GQ.

“With this paper blazer, everyone gets to live the luxurious life of Old Spice Captain. Smell the smells, live the life, don’t go out in the rain because you will likely get paper machéd.”