In this guest post, Mickey Maher (pictured below), head of content for regional radio at Southern Cross Austereo, argues that unlike some other medias, radio’s importance in regional areas should not be overlooked… 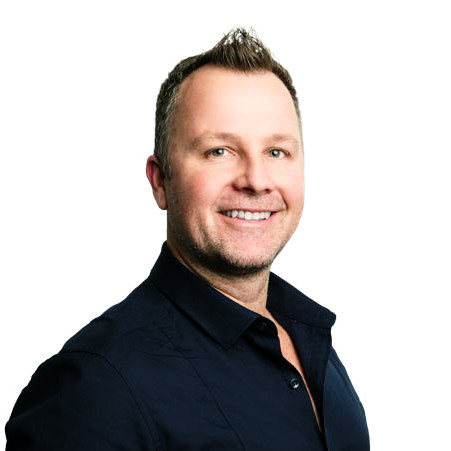 I’ve worked in radio for 27 years, 23 of which have been spent at Southern Cross Austereo across both our metro and regional markets in both on-air and off-air roles. I’ve done nights and mid-dawns, mornings and afternoons. I’ve worked in off air production, as a music director, content director and now group content director as head of content – regional radio.

Throughout my time at SCA and particularly in my current position, I’ve had the great pleasure of witnessing the incredible power and privilege of influence radio wields in local communities.

While local mastheads have suffered greatly in recent years and many have been forced into closure, radio’s role as a provider of local news and current affairs has become more critical than ever before.

Each of the 86 radio stations in SCA’s portfolio, now working almost entirely under the Hit and Triple M networks, have their own breakfast show and local personalities.

When we rebranded a couple of years back, we were committed to ensuring these changes were largely cosmetic. They were aimed to streamline our market offering, while providing listeners access to exciting events and experiences, as well as the best content creators in the country, with national programming like Hughsey & Kate, Carrie & Tommy and Kennedy Molloy. However, in providing this, we have always been cognisant that what could not and would not change is our commitment to focusing on what matters most to our local communities.

Each morning, familiar voices deliver news and entertainment to their communities, all the while driving importance local agendas and conversations. They support school groups, small businesses, charities, health organisations and so much more.

There is not a single brekky announcer sitting behind a mic in a metro or regional market who is not acutely aware of the importance of growing, supporting and uniting the communities in which they operate. These announcers often enjoy long tenures and become home-town celebrities. They don’t just entertain on the morning commute to work, but donate their personal time to voice events, rattle tins and sizzle sausages. They have a finger on the pulse and genuinely care, because they aren’t just local personalities, they are local residents.

For the past 24 years, SCA has run its annual Give Me 5 for Kids appeal to raise much needed funds for local children’s hospital wards throughout regional Australia. Each market runs a series of events and activities calling on the generosity of locals, with all funds injected directly back into the community. This year, Give Me 5 for Kids raised a record-breaking total of $3.6 million. This figure is testament to the incredible generosity of our regional communities, as well as the dedication of our staff and announcers who drive this initiative every step of the way.

Give Me 5 for Kids is very close to our hearts, having witnessed firsthand how money raised assists sick children and their families by providing access to equipment and services they wouldn’t have had ordinarily, however this is just one example of how our stations support local communities.

The issue of domestic violence has been deemed a national crisis, with the Gold Coast one of the most affected areas. Gold FM has used its voice to call on the community to stand up against domestic violence by participating in stand-up paddle boarding and raise much needed awareness. Significantly, White Ribbon has seen an increase in the number of people coming forward to seek assistance and support as the result of our backing.

When cyclones or other major weather events have struck Townsville, local legend and radio personality Steve ‘Pricey’ Price has bunkered down in the studio, acting as a conduit between emergency services and the community to play his part in keeping people safe. Pricey loves the Townsville community and it loves him right back. For this and all that he does, Pricey has since been awarded a Medal of the Order of Australia (OAM) for his service to the broadcast media and the local community.

There are countless examples of how our radio stations and personalities give back to their communities, but the other important thing they do is bolster the local economy.

Not only do our regional stations generate jobs for local people, but they provide a powerful advertising opportunity for local businesses. We have sales staff located in all our regional markets who understand local audiences and how best to engage them.

We’re constantly undertaking research and observing trends in local markets to understand how best to serve the needs of our listeners. Commercial Radio Australia (CRA) along with Regional Commercial Broadcasters is conduct regular radio surveys in regional markets which provide valuable insight into consumer sentiment and enable us to plan our music content and sales strategies accordingly.

A great example of this is in Bundaberg. Looking at the median age and other socio-cultural insights we determined that the market – both listeners and local businesses – would be better met under the Triple M network, and last year made the decision to rebranded. Feedback and ratings indicate this was a great move for us, and we are pleased to be able to better serve the Bundy community.

It’s an exciting era for audio. We are seeing lots of change and new technology emerging all the time. Soon consumers will be able to engage with traditional, digital and catch-up radio in more ways then ever before, however, what won’t change is our commitment to local communities.