The Duke of Cambridge, Prince William, has entered the history books as the very first member of the royal family to appear on the cover of a gay magazine, with the Duke of Cambridge revealing on Tuesday that he gave an interview with monthly title Attitude, which hits the stands on Wednesday June 22.

According to Attitude‘s website, on Thursday May 12, His Royal Highness invited the magazine to bring members of the LGBT+ community to Kensington Palace to hear their experiences of homophobic, bi-phobic and transphobic bullying, and discuss the mental health implications of such actions.

Attitude editor Matthew Todd facilitated the discussion with the nine delegates, before Prince William posed for the cover, photographed by Leigh Keily. 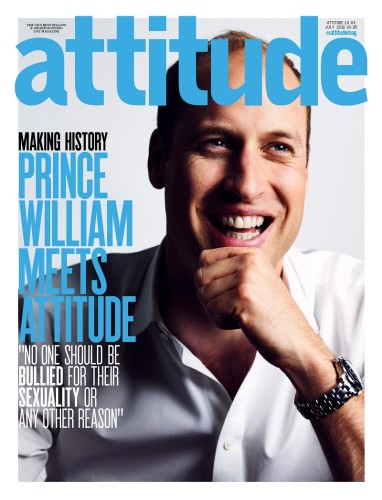 “No one should be bullied for their sexuality or any other reason and no one should have to put up with the kind of hate that these young people have endured in their lives,” The Duke said in a statement following the discussion.

“The young gay, lesbian and transgender individuals I met through Attitude are truly brave to speak out and to give hope to people who are going through terrible bullying right now. Their sense of strength and optimism should give us all encouragement to stand up to bullying wherever we see it.

“What I would say to any young person reading this who’s being bullied for their sexuality: don’t put up with it – speak to a trusted adult, a friend, a teacher, Childline, Diana Award or some other service and get the help you need. You should be proud of the person you are and you have nothing to be ashamed of.”

The Duke told a member of staff during a visit to the American Embassy that he’ll be appearing in the mag, as he signed a book of condolences for victims of the Orlando shooting at gay nightclub, Pulse, when Will and his wife visited the embassy in Westminster, London. 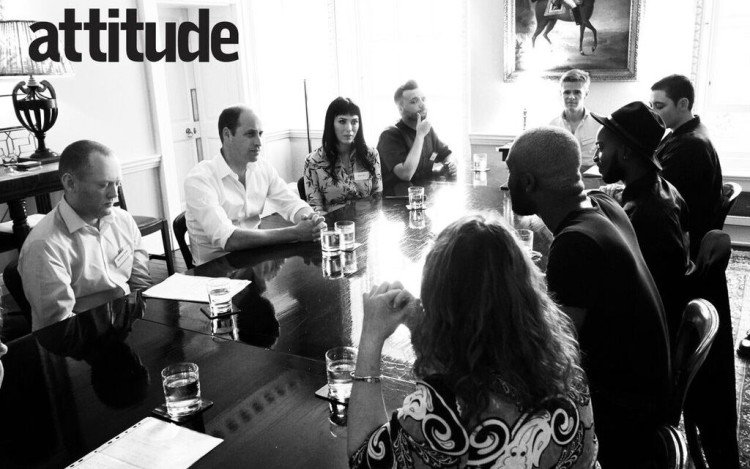 He wrote, “With our deepest condolences and with our thoughts and prayers to all those affected”, while The Duchess signed “Catherine” beside her husband’s name.

After signing a message, the couple spoke to staff who have worked with the LGBT community on various issues.

President of LGBT association Glifaa, Craig Petty, said the Duke told him about his interview with Attitude during his time there, according to Fairfax.

“I told him what I do and he said he’s going to be in Attitude magazine,” he said. “I was really nervous about meeting the royal couple, but they are both great at putting you at ease.

“I think it’s great that they have come here today to show their support.”

A spokesman for the LGBT Foundation added, “What it shows is why it’s important – because there has not been that many times when the LGBT community has been mentioned or highlighted by the royal family – with it being a younger heir to the throne who is understanding of diverse communities.

“The fact that he has agreed to be in Attitude and signing books of condolences for the Orlando massacre, shows the importance of reaching out to the LGBT community.

“I’m really looking forward to seeing how he appears – this will be warmly welcomed.”

It’s a big deal for the Royal family, with even the Duke’s mother Diana, a big icon in the gay community, never interviewing with a gay magazine.