She reportedly won the Australian women’s singles championship while pregnant back in January and now Serena Williams – who’s obviously on a hiatus from the game – has appeared naked and six-months pregnant on a stunning cover for Vanity Fair. 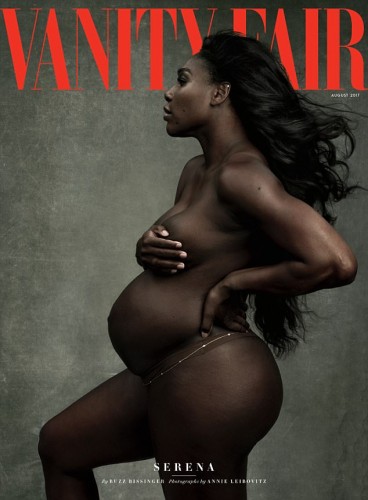 The striking cover image was shot by the famed shooter Annie Leibovitz and comes with no other cover line than “Sarena”. Check out more of the shoot and accompanying interview here.

In the interview, the 35-year-old Williams – who now claims the title of greatest female tennis player ever – says she hope to be back on the tennis circuit once the baby is born. 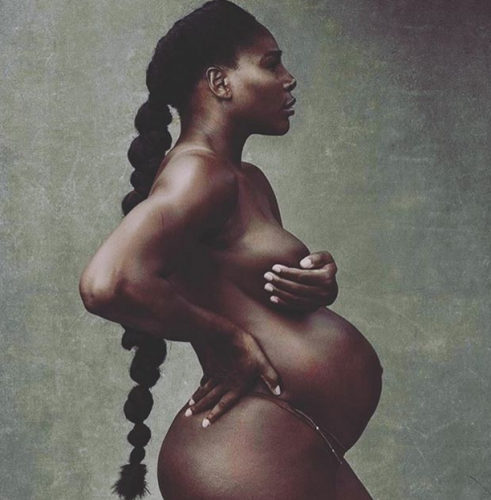 The child’s father, and Williams’ fiance, is Reddit co-founder Alexis Ohanian (in photo below). 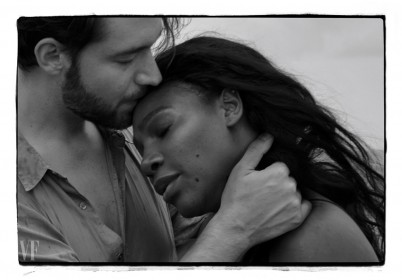 In the interview, Williams reveals she started feeling unwell during January’s Aussie Open, however, put it down to “hormones” until a fellow player suggested she take a pregnancy test.

When she saw the results, Williams revealed, “I did a double take and my heart dropped. Like literally dropped.” 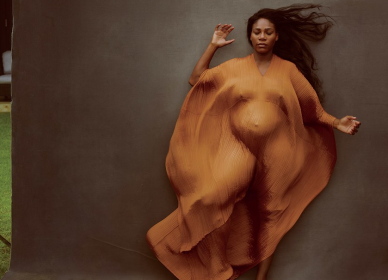 She added: “Oh my God, this can’t be – I’ve got to play a tournament. How am I going to play the Australian Open?  I had planned on winning Wimbledon (her third straight) this year.”

Williams immediately phoned Ohanian who got on a plane from San Francisco and flew to Melbourne where Williams revealed the news he was to be a father. “It doesn’t seem real,” she said of both pending motherhood and her upcoming nuptials. “I don’t know why. Am I having a baby?”