In this guest piece, Daniel Bluzer-Fry (pictured below), a freelance researcher and strategist in New York, and head of strategy at Live Safe, explores just how vocal brands should be about their political stance. 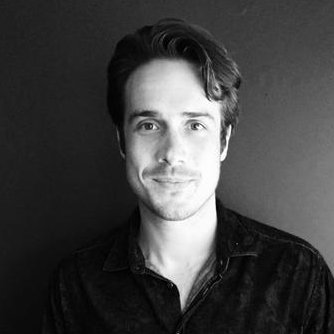 Amidst panels and presentations on design, media, along with cutting-edge technologies such as AI and AR, there’s been a strong trend for tech and innovation festivals in recent times to focus on politics and the raft of transformations and tensions we’ve been experiencing in recent years. Perhaps SXSW has been the harbinger on this front, especially through hosting politicians like Rand Paul, Barack Obama and others in recent years, and Northside Festival – an innovation conference and music festival held over five days in Brooklyn – was no exception.

In addition to Vice holding a conversation with US Senator Kirsten Gillibrand, there were sessions such as ‘Will Silicon Valley Resist Trump?’, ‘Reporting Out Russia’, and ‘Prisons, Pop Culture and Politics’ just to name a few, yet perhaps one of the most engaging sessions of the entire conference was led by McCann NY titled ‘The Truth About America: Politics = Pop Culture’.

The session had two components: upfront a 20-odd minute presentation hinged around a piece of research conducted by McCann’s Truth Central – an insights lab within NY that produces work centred on topics such as youth, global brands and wellness to name a few – that focused on a report they produced in February called ‘The Truth About America’. This was followed up with a panel discussion chaired by McCann’s exec planning director, Mike Medeiros, featuring members from Bloomberg, The Film Society of the Lincoln Center and Frankfurt Kurnit exploring the production of film and the role it can play in shaping culture and informing community perspectives amongst other things.

Yet, it was undeniably the first part of the session that appeared to have attendees sitting up in their seats. With a nationally representative sample of 1,000 Americans aged 18 and over, some of the statistics that Truth Central provided were big. Over 68 per cent of Americans had read news about government or politics within the past three hours, with 28 per cent of those having consumed such content within the last hour – a strong opening point to illustrate how significant government and politics has become as a source of content engagement for Americans today. And it’s of little surprise when we consider that it is popping up across channels in all sorts of different ways – from Saturday Night Live, through to the Super Bowl and memes in people’s Twitter feeds.

But after exploring what divides and unites conservatives and liberals, understanding people’s outlook on the health of the nation compared to their communities and selves, came the most provocative finding – whilst 19 per cent of American believe brands should be political, 44 per cent believe brands should stay out of it (which leaves a curious 36 per cent somewhere in between or undecided). The sentiment behind the presentation of this data however, felt as though it was suggesting that brands would be best to stay out of it.

This is both fascinating and topical terrain for marketers at the present moment. We are living in a time that in certain categories, it is difficult for some brands to divorce their values and mission statements from taking a political stance given the polarisation of politics today. There are certainly risks and benefits in tapping into culture through harnessing different political ideologies – something I wrote about in more detail in relation to Budweiser’s recent communications earlier this year – and finding the right balance feels like it’s never been more important.

In recent days, we’ve seen a few big things happen in the US. Amongst them we’ve seen a number of tech giants join forces to commit to meeting the targets set by the Paris Climate Agreement – a decision that rallies against Trump and his current administration and aligns nicely with many a CSR charter (not to mention most tech companies’ generic ‘make the a world a better place’ mission statements.

Another big moment has just come after the Golden State Warriors took out the NBA Finals, and are strongly rumoured to reject the standard White House invitation to visit and celebrate their accomplishment with the president. From a sports marketing perspective, this also feels like it aligns well, given most brands in sporting category have brand values of inclusivity, community, tolerance and diversity – all of which are seemingly in tension with the current administration’s philosophies. And that’s just a snapshot… all around the world, strong brands are constantly leveraging culture and communicating messages which are inexplicably intertwined with political discourse and ideology.

So, what should brands do? More so then ever before, it feels like marketers at all levels need to be cognisant of the socio-cultural and political landscapes they operate in. This is quite the challenge, especially given that these landscapes will inevitably vary market to market and that many brands operate on a global level. It also feels like organisations need to put infrastructure in to make sure they have strong checks and balances before they release anything that straddles these lines – the recent PepsiCo disaster seems like a great case in point whereby marketers need to be diligent in assessing the risks of actions and gain perspective from people outside their bubbles.