Paris Olympic organisers have revealed the logo for when the city hosts the Games in 2024; however, some pundits have argued it’s possibly a little too sexy.

The logo looks like an amalgam of a gold medal and the famed Olympic flame. Yet, on closer inspection it becomes a sultry woman with inviting lips.

And, apparently, that was the idea behind the design. According to the designers the flame-come-woman is based on the famous bust of Marianne who has epitomised the French République since the Revolution way back in 1789.

Thankfully, organisers ditched the predictable Eiffel Tower image that had been used during Paris’ bid for the Games. Check out the new logo and Marianne herself below: 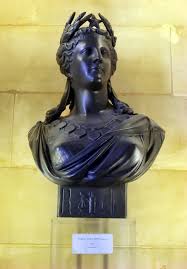 “The gold medal, symbol of sport. The flame, icon of the Olympic and Paralympic movement. Marianne, image of France. These symbols reveal a face that embodies our ambition to put people at the heart of the Games,” organisers said.

The logo will also be used across the Games and the Paralympics – a first for any winning city.

“For the first time in the history of the Games, our emblem will be common to the Olympic Games and Paralympic Games,” organisers continued.

“Through this artistry, the emblem honours French culture and creativity. It expresses the pride of a country which will welcome the world in 2024, to its capital city, Paris.”

And social media has been quick to react to the rather sexy logo. 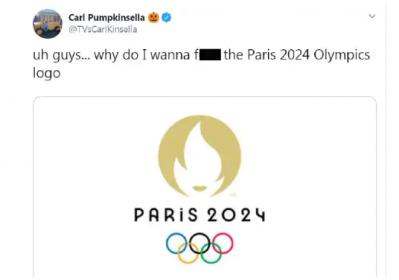 “It is a SULTRY logo,” wrote USA Today’s Nate Scott. “This logo will stub out a cigarette on the sidewalk in front of you, give you a coy smile, and haunt you forever.”

Another commentator tweeted: “The French Olympic logo tumbles out of bed on a Parisian morning. She tousles her messy bob, dons breton stripes and ballet flats and whisks down the stairs from her fifth-floor apartment to grab a baguette before enigmatically texting two men who are pursuing her romantically.”

Another added: “The French Olympic logo has an expresso and a cigarette for lunch. She hops on a vintage bicycle and pedals past the Eiffel Tower on her way to a café where she will sit and read Baudelaire with her fluffy white dog at her feet.” 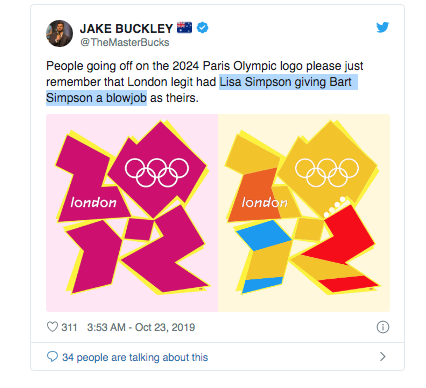