Next time you feel the urge to rail and rage against those bloody people posting pictures of their truffle-infused cronuts that they whipped up in their designer kitchens, just wait half a second and realise you may well be surrounded by the enemy.

New research out from NewsLifeMedia (NLM) into the attitudes of Australians towards food (appetite for Life) has found that nearly one in two of us now class ourselves as foodies.

NLM CEO Nicole Sheffield said food was now an ingredient for people’s lives. It’s actually all about the dopamine, with two out of three people surveyed saying that food was one of their greatest sources of pleasure.

Building on research from 2011, NLM has found that Australia has shifted incredibly quickly within the past three years and two whole new categories of food consumers have come to the fore as well as a raft of new trends.

Among the new words to add to the vernacular is ‘stunt cooking’ and ‘gender reveal cooking’ the latter being the latest trend whereby the impending mother may reveal the gender of her expected child inside of a cake for example.

Other factors that point to our food insanity include the fact that the nutrabullet (the upside down blender) has had 1.6 million people like it on Facebook. It’s a blender people!

Another trend Sheffield noted was a shift from “quick and easy” to “fast and fabulous”.

And in heartening news for brands indulging in branded content, 47 per cent of people who find a recipe from a brand will use that brand when they cook rather than use a cheaper alternative, which points to a broader trend of trusting a brand and supporting a brand. In 2011, the percentage was only 10 per cent.

A trend being driven by Millennials, Foodology is the sweet spot where food intersects with their ideology (the values they stand for) and their biology (taking a personalised approach to health). Millennials see their food choices as much a part of their identity as they do their fashion and technology choices.

Boredom is the ultimate enemy with the average home cook cooking 17,500 dinners in a lifetime. Consumers’ expectations on the weeknight meal have shifted from quick and easy to fast and fabulous. Australians are busier than ever so the demand for quick and easy cooking solutions has increased significantly but they are also a lot more adventurous.

“I like to cook but I’m unadventurous” has decreased by five per cent over the past four years to 21 per cent.

The Chat and Chew Gap

This is the gap between Australians health beliefs and their behaviours with eight in 10 believing “it’s important to eat healthy”, yet only 41 per cent agree “Eating healthily is a priority for me”.

Food is a showcase of skills and status and this is now on a more public scale than ever before. Australians are turning to ‘how-to’ videos to hone their culinary skills.

• One in three entertainers said that their dishes will end up in social media when they have people over.

Food impacts all areas of our lives – with health now topping this list over happiness.

Some 85 per cent agree that food impacted their health, followed by happiness at 70 per cent, finances (69 per cent), connection to my family (60 per cent), social life (48 per cent), environmental footprint (45 per cent), kitchen design (44 per cent) and travel (34 per cent).

The proliferation of food media means trust is more important than ever. One in three agree “I find a lot of recipes simply don’t work”.

We also can now be classed into six types of food consumers based on our health consciousness and the centrality of food to our lives. 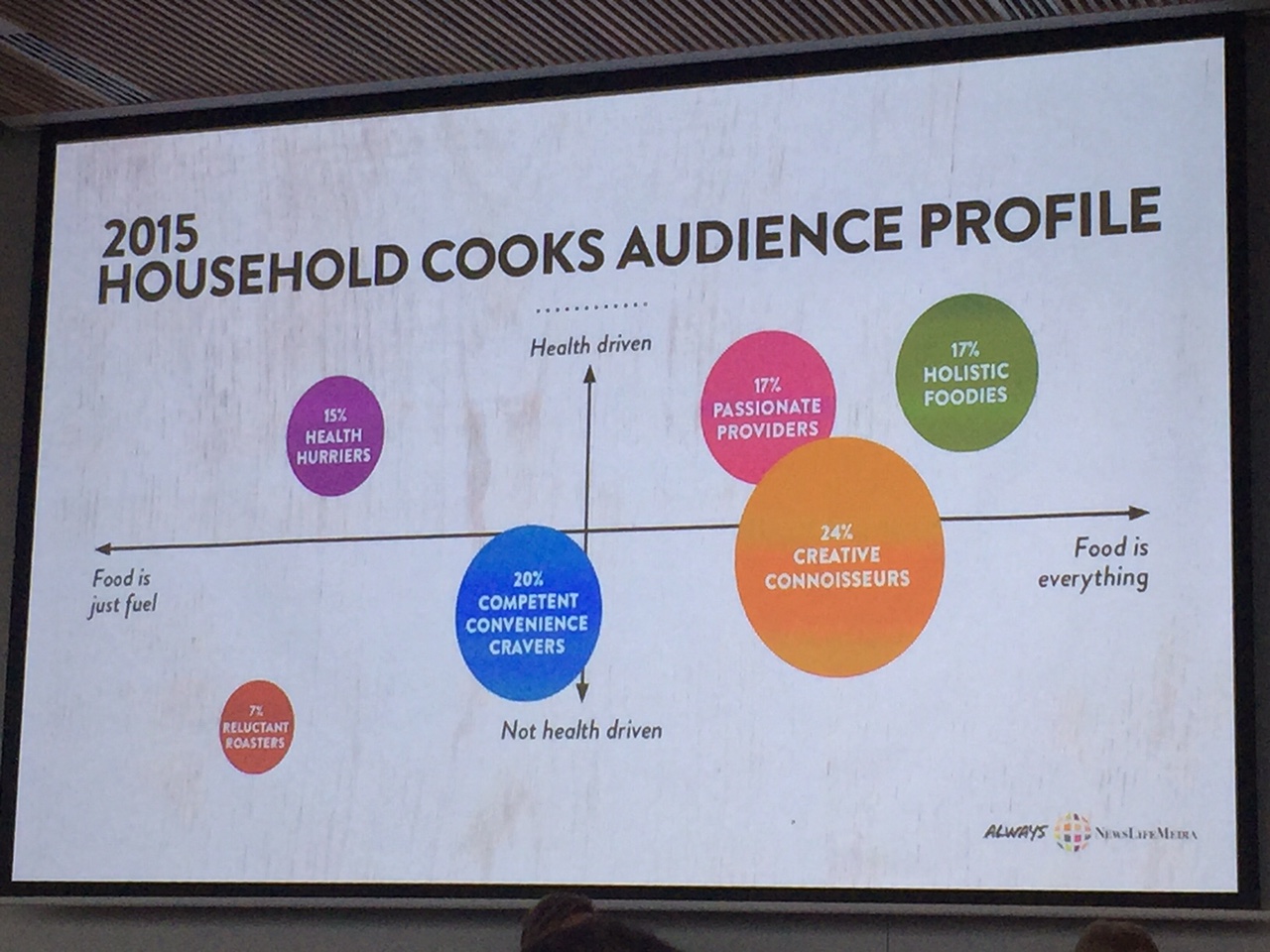