A prestigious London real estate agent is in strife after it featured an image of a bald man in a outdoor campaign that ran on the city’s Underground.

The ad for Marsh & Parsons features the back of a bald man’s head with the tag: “An important central skylight creates a bright and airy living space.” 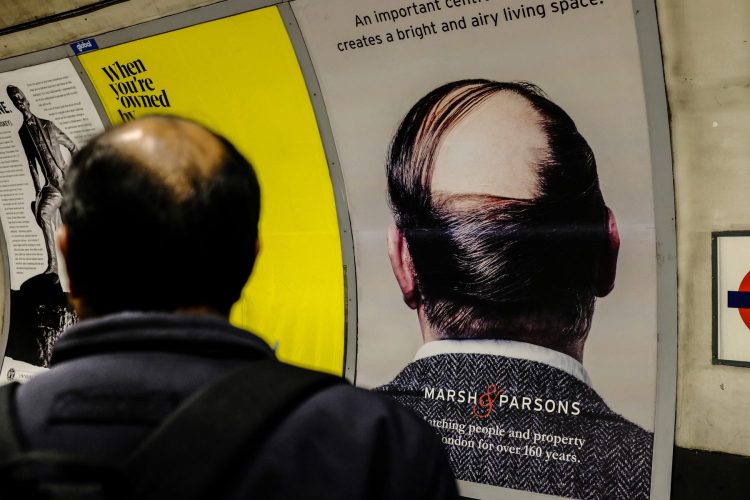 But according to media reports, the ad has caught the ire of a number of hair loss and alopecia groups on Facebook, including a number of women who suffer from the disease. The ad has also been reported to the UK’s advertising watchdog.

One non-fan tweeted in response: “The only people who find this shit remotely funny are trolls! The marketing person/department should be given a formal warning.”

Another wrote: “So no one looking at this through the entire process of creating the ad thought, hang on, that’s not right?”

“I don’t even understand it! It’s not even funny just offensive!” penned a man called Pete who also suffers from alopecia.

“There is nothing is funny about this AD whatsoever,” penned another. 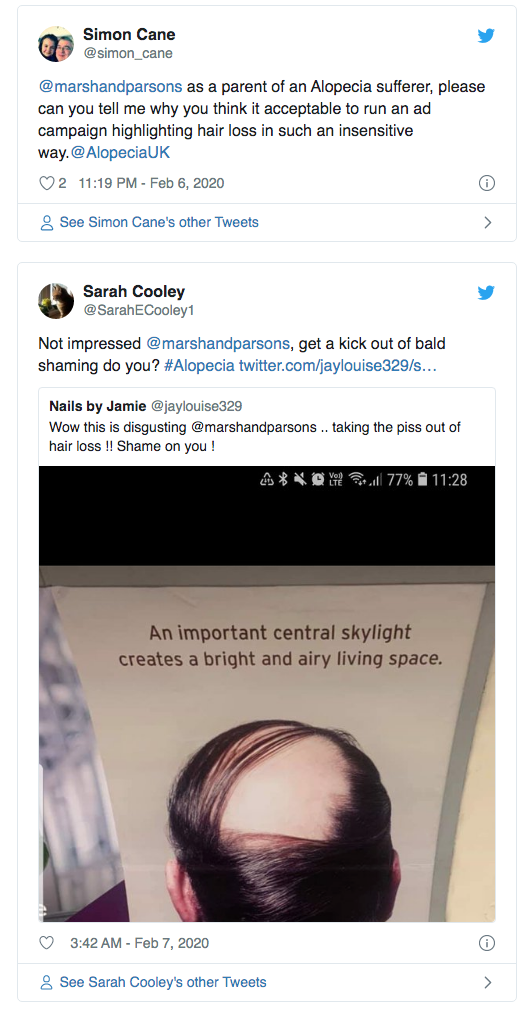 In a response to a complaint from Alopecia UK group on Facebook, a spokesperson for Marsh & Parsons said the agent had been using the imagery in its marketing for “a number of years” and it was “never intended to cause any upset”.

“At Marsh & Parsons we celebrate the diversity of the people of London and our advertising is designed to reflect this,” the emailed response read.

“We never, ever set out to shock or offend. This particular advert has been running for a number of years as part of a larger body of work.

“We use estate agent vernacular (property descriptions) and/or place names in London, combining these with images of people.

“We’ve not previously had this feedback and it has been extremely concerning to observe the negative reaction over the last 24 hours. It is clear that the ad has now caused offence to people with alopecia – for that, we are truly very sorry. It was never intended to cause any upset,” the spokesperson said. 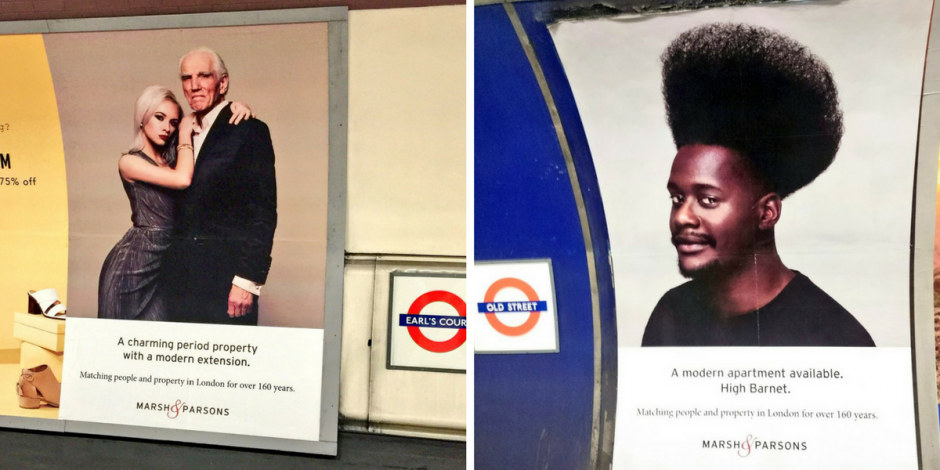 And it’s not the first time the real estate agent has fallen foul of the ad censors. In 2017, Marsh & Parsons was forced to remove another outdoor campaign that featured an older man embraced by a younger woman along with the copy line, “A charming period property with a modern extension”.