Nine Entertainment Co. announced on Friday that Deborah Wright will be leaving the company after more than 30 years of dedicated service.

In her role as director of regional strategy, Wright was integral to the recent signing of a new, five-year affiliation agreement with Southern Cross Austereo for NEC. This deal has substantially improved terms for Nine with a progressive partner that will provide opportunities for Nine to grow its income and presence throughout regional Australia. 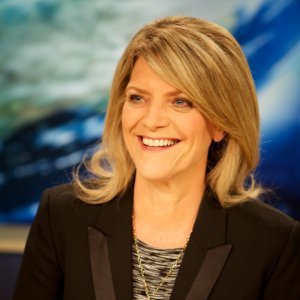 As part of the landmark accord, Wright, alongside Nine’s Melbourne Managing Director, Ian Paterson, was responsible for the rollout of Nine branding across all of regional Australia, as well as being a key contributor in identifying mutually beneficial opportunities to grow both businesses in the future.

Prior to her current role, Wright was CEO of NBN Television, a role she held for more than ten years. During this time, NBN was, and still is, the undisputed market leader throughout northern NSW.

Hugh Marks, CEO of Nine Entertainment Co, said: “Deborah’s experience and knowledge has been a real asset to NEC in shaping our regional strategy and the subsequent move to a new affiliate partner. Her deep knowledge and commitment have been a real asset and we wish her the very best for continued success in the next phase of her career.”

Wright said: “I’ve been very privileged to have forged a remarkable career, spanning over 30 years at NBN and Nine Entertainment Co, in an industry that has undergone transformational change over this period. I’ve had amazing opportunities and equally some major challenges, given the significant changes in the consumer and media landscape over this time. I’m extremely proud of my 10 year term as CEO of NBN Television and the opportunity to lead such an incredibly professional and talented team. Now it’s time for a short break with my devoted family before embarking on the next stage of my career.”